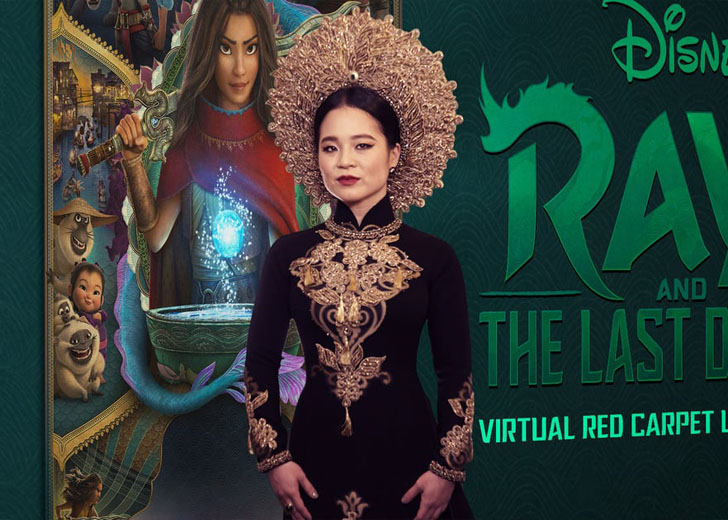 Kelly Marie Tran is an actress who came into the limelight after appearing as Rose Tico in the Star Wars sequel trilogy films The Last Jedi and The Rise of Skywalker. In addition, she has voiced the character of Raya in the Disney film Raya and the Last Dragon.

The 32-year-old also became Disney’s first southeast Asian princess when she debuted in the latter project.

Representing her culture and ethnicity, Tran even flaunted a traditional Vietnamese dress, a black áo dài with intricate gold beaded embroidery and a matching embroidered headpiece, during the premiere of Raya and the Last Dragon in March 2021.

But despite her historic red carpet moment, the actress has had experienced bullying and abuse for her skin color, culture, as well as for not going through weight loss.

In a contributory piece for the New York Times in August 2018, Trans opened up about online harassment after being cast in a leading role in a Star Wars movie.

“Their words seemed to confirm what growing up as a woman and a person of color already taught me: that I belonged in margins and spaces, valid only as a minor character in their lives and stories,” she wrote.

She also compared those ‘hateful’ words to her feeling of ‘fear’ when she was 9 and had stopped speaking Vietnamese because she was tired of being mocked by other kids.

Sharing her further experiences, she said she was always made to feel different and didn’t belong to the society she was living in.

“And that feeling, I realize now, was, and is, shame, a shame for the things that made me different, a shame for the culture from which I came from,” she said. “And to me, the most disappointing thing was that I felt it at all.”

Trans even started blaming herself, thinking maybe she had some flaws. “I thought, ‘Oh, maybe if I was thinner’ or ‘Maybe if I grow out my hair’ and, worst of all, ‘Maybe if I wasn’t Asian.’”

But fast forward to the present, and the actress claims she is no longer “afraid” of any comments or bullying based on her ethnicity, not going through weight loss or skin color.

“But I’m a much stronger person now, and I have the tools to react to those situations when they happen. I’m not afraid anymore. I’m finally making room for myself and asking for the things that I want. God, I wish I knew how to do that 10 years ago,” she said while speaking to the same publication in 2021.

Her Family and Heritage

Tran, who was born on January 17, 1989, in San Diego, California, belongs to Asian roots since her parents were refugees from Vietnam who moved to the country following the Vietnam War.

Reportedly, her father was homeless and grew up on the streets of Vietnam as a child. But after moving to the USA, he worked at Burger King, and her mother worked at a funeral home to support the family.

“Growing up, I’ve always felt I was from two different worlds. I was born in the U.S., but my parents were born in Vietnam, and they raised my sisters and I with the parenting methods of the Vietnamese culture. So much of me is because of what my parents experienced in this country. So much of me is because of the things my parents overcame so that I could have the luxury of having a dream,” she wrote in a since-deleted Instagram post.

The actress completed her high school at Westview High School in San Diego before graduating from UCLA with a B.A. in communications.

Advertisement
Related Topics:DisneyKelly Marie TranRaya and the Last DragonStar Wars
Up Next