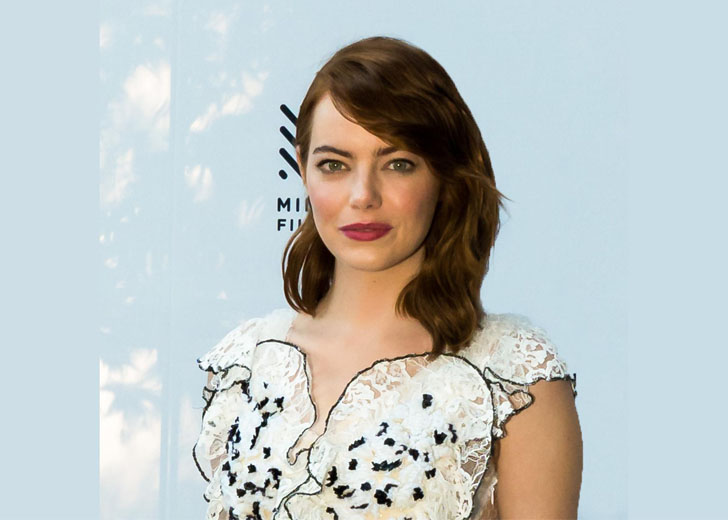 Emily Jean Stone, popularly known as Emma Stone, is an actress who came into prominence after her portrayal of Mia, an aspiring actress, in the 2016 romantic musical La La Land. Her performance won her an Academy Award, a BAFTA Award, a Screen Actors Guild Award, and a Golden Globe Award.

Following the success of her film, she became the world’s highest-paid actress in 2017 and was named one of the 100 most influential people in the world by Time magazine.

In addition, the 32-year-old actress earned $26 million from La La Land alone, which sits her with a total net worth of $30 million.

Head on as we discuss how Stone earns her money, including her income sources and how she spends them.

The Arizona-born actress, who had a humble beginning, started her journey in the film industry after completing one semester of her high school at Xavier College Preparatory.

She subsequently moved to Los Angeles with her mother in January 2004, and auditioned for roles while attending online high school classes, and worked part-time at a dog treat bakery.

Stone made her television debut, playing the role of Laurie Partridge on the VH1 talent competition show In Search of the New Partridge Family. She followed up her debut role with a guest appearance on Lucky Louie, and the role of Violet Trimble in the 2007 Fox drama Drive.

In 2007, she also made her film debut, as she starred in the comedy film Superbad alongside Michael Cera and Jonah Hill.

To this point in her career, Stone was majorly earning only from her acting salaries. And the basic idea to earn more meant to star in more projects.

Therefore, the actress found her way to star in more profitable projects, such as Zombieland in 2009, which grossed over $102.3 million on box office.

The film The Help, in which Stone played Skeeter, grossed a huge $216 million against a budget of $25 million.

Fast forward to 2016 and she was cast in La La Land, her most successful film to date, which was made with a budget of $30 million earned over $440 million at the box office.

And while she received a hefty paycheque for her work in La La Land, she parallelly started making money with her fashion and beauty projects.

In 2017, Stone signed a deal that was reportedly worth between $6 million to $10 million to become the face of the Louis Vuitton brand.

In the latter year, the glamorous actress, who does not use Instagram due to privacy issues, has continuously worked in films and earned a fair worth for herself.

Being one of the top actresses in the industry means you need expenses in maintaining a luxurious lifestyle. Stone is no different, as she has spent a healthy amount of her net worth on her lifestyle.

In between, the actress also bought her New York Townhouse, where she lived with her ex-boyfriend, Spider-Man co-star, Andrew Garfield. The house was worth $18.75 million in 2017.

In addition, she has two other homes in New York City – a $2.4 million West Village condo and a $3.6 million condo in the Financial District.

Stone also spent a few bucks when she rented a house on the base of Diamond Head in Hawaii after she shot the film Aloha.

The Cruella actress further purchased two homes in 2019 alone, one in Malibu, which cost $3.25 million, and the other in Century City, Los Angeles, which cost $2.3 million.

She also has cars such as an old Mini Cooper and Audi S6 to transport her from her home to her film set.

As per spending is concerned, Stone also spends her net worth doing charitable works. For instance, she donated $100 thousand to Time’s Up, the organization that fights against sexual harassment in the entertainment industry, in 2018.

She has had good links with various cancer awareness programs since her mother became a cancer survivor in 2008.