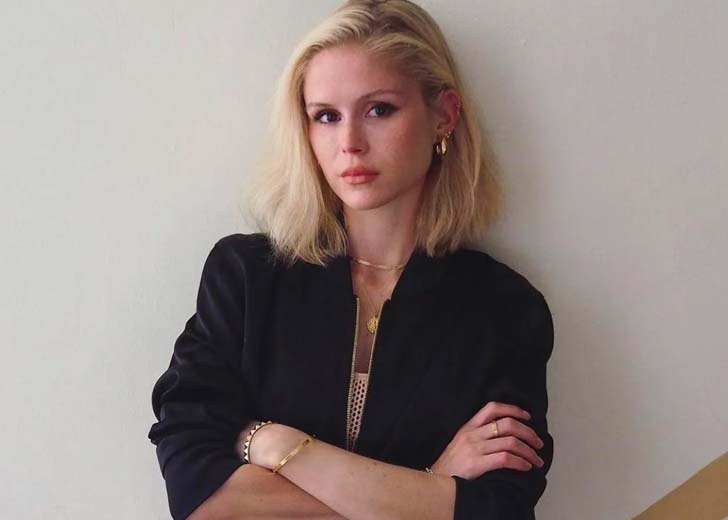 Know if Erin Moriarty has a boyfriend or not.

Erin Moriarty is a talented American actress who rose to fame in 2019 for her performance in one of Amazon Prime Video’s hit television shows, The Boys. In the superhero show, she portrayed the role of Annie January, aka Starlight.

In addition, she has made her appearances in some known movies and TV shows such as True Detective, Jessica Jones, Captain Fantastic, and Kong: Skull Island. Her other acting gigs include One Life to Live, The Watch, Blood Watch, and From Now.

Moriarty is set to appear in two movies that will release in 2023; Marsha Becker in True Haunting and Geena in Catching Dust. Both of the films are currently in post-production. Furthermore, she is confirmed to reprise her role of Starlight in the fourth season of The Boys.

Due to the actress’s ever-growing popularity, millions of her fans are curious to learn more about her, especially about her private life. So, is Erin Moriarty married to a husband? The answer is no; Moriarty is yet to get married.

Does Erin Moriarty have a boyfriend?

Moriarty’s present relationship status seems to be single. It could be said so because she has always been private about her love life, due to which there is little to no information about that part of her life.

The actress hasn’t shed any light on her personal life, either to the media or through her social media handles. She mainly uses her Instagram handle, where she only shares things related to her day-to-day life, profession, and pictures with her co-stars.

And thanks to the tightly-maintained personal life, fans were quick enough to jump into speculations, one being that Moriarty might be dating her fellow The Boys co-star Jack Quaid. People thought they might be dating as their characters in the show were dating.

Moriarty’s Starlight and Quaid’s Hughie Campbell were among the few couples on the show whose relationship lasted till the most recent, i.e., the third season. And it’s most likely that the on-screen romance will also continue in season 4.

So, have Moriarty and Quaid taken their on-screen romance to real life? Are the fan’s gossips about the rumored couple true? The answer to those questions is no. Besides, Quaid is currently in a low-key relationship with his new girlfriend Claudia Doumit — an Australian actress and fellow The Boys co-star.

Apart from that, there is not much to talk about Moriarty’s present love life. As said earlier, she has a very low-key personal life, and it’s only fair to assume that she is relishing her singlehood until anything contradicting comes out.

Moriarty’s dating history is much like her relationship status in 2022; nothing is known about it. And one of the main reasons behind it is her privacy, which she likes to maintain as much as possible.

But, her privacy hasn’t stopped her fans from guessing about her love life. Back in 2013, fans wondered if the actress was dating a fellow American actor Jacob Artist. The speculations about their romance started after people noticed they were close to each other.

In addition, Moriarty even used to share multiple pictures alongside Artist via her Instagram handles. Thus, those romance rumors were further fueled. However, the images stopped coming sometime after 2014, and it was believed they had parted ways.

But, as there was no confirmation of their romance, it was also hard to say they had broken up. Years later, in May 2017, the two were spotted again, and it seemed like they were on good terms. For now, it remains a mystery whether they dated or not.

Besides her rumored relationship with Artist, the 28-year-old New York native was also rumored to be dating another of her The Boys co-star, Antony Starr — who plays the role of Homelander.

When the rumors of Moriarty and Starr’s romance started floating on the internet, many didn’t believe it as their characters on the show were enemies. But it was the actors’ off-screen relationship that led the netizens to wonder if they were dating.

However, the expectations of those fans were shattered as neither Moriarty nor Starr confirmed or denied their supposed romance. After that, Moriarty hasn’t been linked to many, and her personal life remains in the darkness.