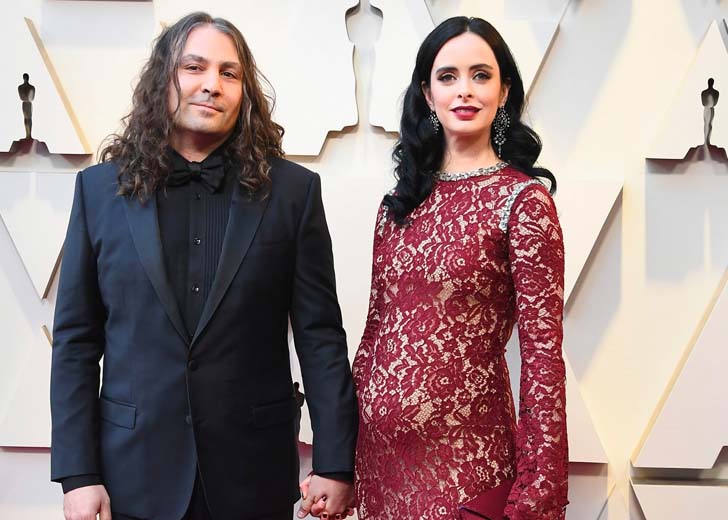 Krysten Ritter, an American actress and model, has heightened her success while making her significant appearance in movies and TV shows such as Avengers: Infinity War, Jessica Jones, Don’t Trust the B—- In Apartment 23, and Breaking Bad.

The actress has played roles alongside prominent personalities like Tom Hiddleston and Chris Evans. Her movies sit on top of most platforms.

And while polishing her career with immense success, she has ensured not to neglect her personal life. Alongside her colossal career, she is known to have embellished her love life with her better half.

However, many rumors struck while raising several questions among the fans. Many sources struck a plethora of different theories and questions about the actress’s split with her long-time lover.

Did Krysten Ritter part ways with her boyfriend?

In September 2021, news broke out that Ritter and her long-time boyfriend Adam Granduciel, The War on Drugs guitarist, had parted ways.

However, the source, InTouch Weekly was not precisely by whom the news was revealed. The gossip made way via an insider who later informed the source.

The source further talked about how the couple parted ways after their seven years of togetherness. InTouch wrote, “Krysten and Adam remain on amicable terms as they continue to co-parent their son, Bruce Julian Knight.”

The news was shocking as none of the fans were ready for this. Ritter and Granduciel’s bond has always been termed as the perfect couple. Their love story, too, was fascinating and unique from the rest.

It all started with Ritter fangirling over the guitarist, where she eventually got connected to him, stayed in touch, went to shows, and they both fell in love.

From a fangirl to a life partner, she paved a journey many girls dreamed of. Even after many years of commitment, the spark of their love had never faded.

So, giving an ear to a split of a perfect couple was heartbreaking to many of their admirers.

However, this entire plot took a turn when Dailymail dug in, made this news reach out to other sources, and a twist showed up.

Eventually, the reports of the entire split scenario were false, and they proclaimed that the couple was still relishing their lives together.

Did Krysten Ritter and Adam Granduciel end the rumors?

The gossip related to the couple’s lives had created a sensation worldwide. However, all of them were shut down once Granduciel himself denied the rumors.

The guitarist clarified things during an interview with The New York Times around October 2021.

When the interviewer tried digging further, Granduciel did not seem comfortable, so he did not address further questions related to the scenario.

Since his clarification, their admirers smeared with happiness while flooding the social media with the good news.

After all of these, their fans still live up to the expectation of the lovely couple getting married. But, seemingly, Ritter does not seem to be ready for this.

Once when she was in a relationship with Brian Geraghty, the actress was asked about her thoughts on marriage. She replied, “I was never the little girl who dreamed about a wedding or a big white dress, and marriage seems scary to me.”

Her answer showcases her thoughts on marriage, and her opinions look strong enough. Based on her viewpoint of years ago, we can assume that she is still determined, in her opinion, which is the reason why the couple has not tied the knots to this date.

But, someday, if a change strikes their perception by some miracle, they might walk down the aisle together really soon. However, a wedding is not precisely what determines their bond, as love alone is enough to clarify their intentions. Everything is fine unless they are happy.