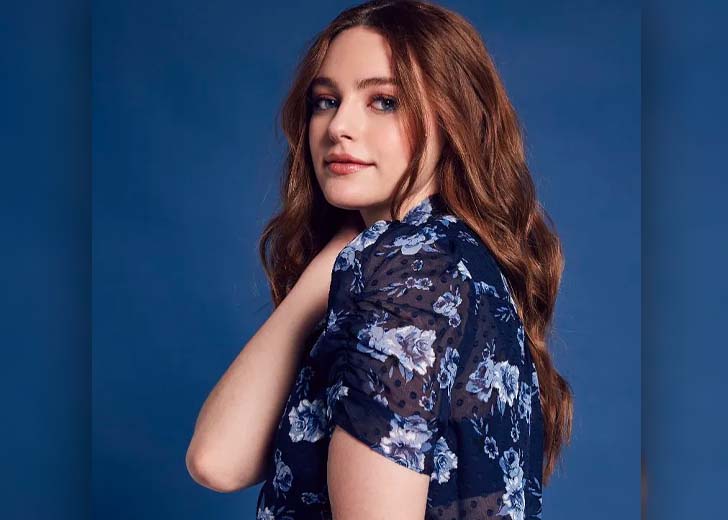 An insight into Danielle Rose Russell dealing with the body-shaming comments.

Descending from the entertainment industry is not easy, as the glamour world seeks different expectations from celebrities. A proper face cut, perfect body, and whatnot.

A slight difference, and then they get called out for being ugly or not fitting into the beauty standards.

Danielle Rose Russell falls under one of those flamboyant actresses people heavily criticized for her body weight. A lot of the stereotypical mentality threw shade and bashings over how she looked afterward.

When did body-shaming start with Danielle Rose Russell?

Russell had stepped into the entertainment industry at the tender age of 10. She initiated her journey as a model, and today she is one of the most renowned actresses.

The audience has always loved her performances and acting skills, specifically in movies like A Walk Along the Tombstones and Aloha. All those years, she was loved and admired by people.

However, all of the inhumane activities encircling body shaming started in 2018. It was precisely May 2018 when an announcement regarding Russell continuing her role as Hope Mikaelson on the CW’s Legacies was made.

Many regular audiences made fun of the gorgeous actress for appearing ‘unfit’ for the role.

Whether on Twitter, Instagram, or any of the socials, several memes encircled the platforms while making fun of her body and appearance.

The criticisms did affect her to a certain extent, but she stuck to her acting and performed the role flamboyantly.

Moreover, she also embarked on the weight loss journey to prove all the critics and haters wrong.

Despite being an emerging yet lovable person in the industry, self-doubt always chased her. In one of the interviews, she mentioned, “I never really thought of making this something I would do for the rest of my life.”

She was already putting down on herself, and the audience suddenly appeared to make things worse by body-shaming her.

Danielle Rose Russell responds to her fat-shaming comments via Instagram in 2018.

To various hurtful comments and judgmental opinions, Russell gave a public reply via her Instagram. She stated, “I will rarely address this but: it’s extremely upsetting that people are calling me unworthy, a bad actress, or degrading me because I have curves.”

She continued how she was immensely proud of her curves and adored them. Such a body of her also helps her feel even more confident and empowered. Conclusively, she mentioned how sad it is that people are comparing and bashing her for being different from most of the industry’s actresses.

Underneath her Instagram post, many fans supported her for being confident enough to address the situation. Many also made her feel optimistic regarding her beautiful physique.

All the judgments eventually shut down when the majority of her fans flooded Twitter while commenting on Russell’s weight loss after she posted a picture.

Well, the actress never really confirmed or talked about such aspects, but her fans noticed a tremendous change in her and kept cheering for her accomplishments while shutting down all the haters.

Russell, therefore, is an inspiration to many, not just for her conviction and grace but also for the aura of positivity she keeps spreading amid her audiences.