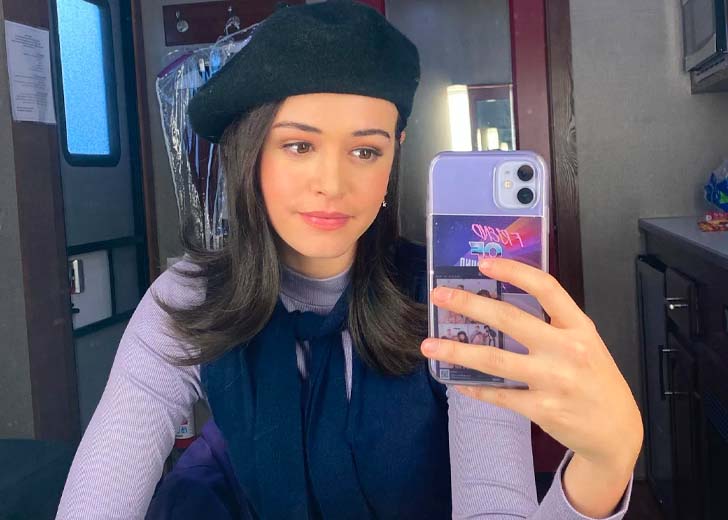 Kaylee Bryant, an American model and actress, has been ruling hearts for decades with her dedication to establishing a colossal career.

Born on November 1, 1997, Bryant is immensely reserved and introverted in real life. Hence, the 5 feet 5 inches tall actress ensures to keep her personal life away from the limelight.

Also, she surrounds herself with the warmth of family members. Bryant is the youngest daughter of her parents, Garrett Kaneshiro and Kristina Kaneshiro. She has an older brother named Kane Kaneshiro.

Most of Bryant’s family members are from Hawaii, while she was born in Orange County, California. Her nationality, therefore, is American.

The actress descends from a disciplined family, due to which the diva appears to be very humble and down to earth. Whether it be interviews or talk shows, her soft-spoken and polite nature grasps the attention of every individual.

Talking about Bryant’s grooming, she was home-schooled at the age of 12. The reason behind the actress getting home-schooled was to pace up her schooling.

By the time she turned fifteen, she had entered junior high as a sophomore. Resources claim that she completed her graduation, but the university she graduated from is unknown.

Eventually, after completing her decent schooling, the actress started involving more in the entertainment industry.

Bryant is known for portraying Josie Saltzman on the CW drama series Legacies. She has further worked in some popular series such as American Horror Story, Dog with a Blog, A.N.T. Farm, and Kickin It.

As stated earlier, she descended into the industry from a young age, and to be precise; she began acting at seven.

At such a young age, she even modeled for Ralph Lauren. Eventually, as she grew up, she got used to the cameras, and her performances started being packed with conviction and grace.

When asked about her inspiration to pursue a career in movies, she once replied how the Disney channel inspired her to venture more.

The actress is also indulged in singing while playing the cello.

Moreover, her parents and family have always been immensely supportive with every step of hers, due to which the actress was able to position herself in the place she is today.

For now, her fans are eagerly waiting for her comebacks in movies and series. Kaylee’s perseverance and dedication will lead her to a much longer run in the upcoming future.