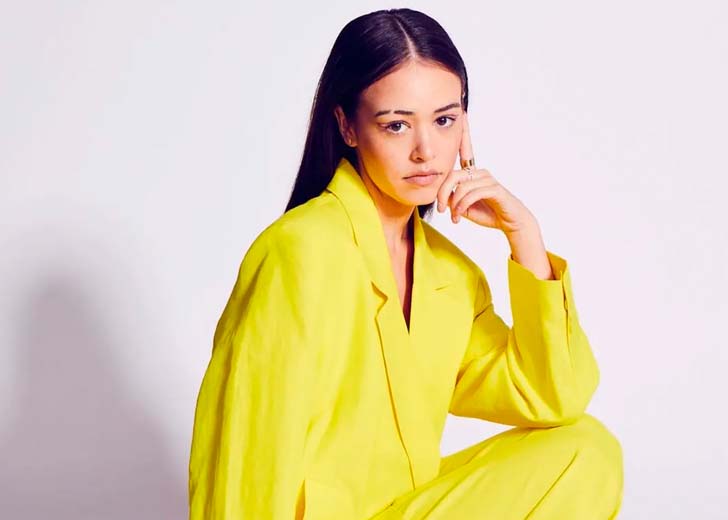 It’s Pride month and many people around the world have found another boost of confidence within them to come out with their true sexuality.

Among those many who have already come out of the closet, one is American actress and model Kaylee Bryant. On the very first day of the Pride month, June 1, 2021, Bryant took to her Instagram handle to come out as queer.

She posted a picture of herself, taken in a backyard, in which she was wearing a white t-shirt that had “Be the bold queer you needed to see in your youth” written over it. Additionally, she was sticking out her tongue as she held a rainbow flag in her right hand.

Captioning her picture, she wrote, “Hi. My name is Kaylee and I’m queer! Happy Pride Month.”

After Bryant came out as queer, many have started wondering about her personal life and if she has a boyfriend or a girlfriend. Here is a look at her dating life!

Is Kaylee Bryant dating anyone?

Bryant’s present relationship status seems to be single, at least that’s what it seems. As of this writing, there have been no reports of the actress publicly dating someone or being caught with a possible partner during vacations or outings.

Bryant has always been very private about her dating life and has rarely shared anything with the media and the public. Additionally, she hasn’t given any sort of hints via her social media handles regarding if she has any partner or not.

As a result of her privacy, it couldn’t be said that she is presently dating a girlfriend/boyfriend or not. Thus, it could only be fair to say that she is currently single. Furthermore, it is yet to be known if she had a boyfriend or not before she came out.

Kaylee Bryant has been vocal about LGBTQ rights

Although Bryant might have come out as queer only recently, she has always been vocal about LGBTQ+ rights. Her Instagram post of October 18, 2019, could also be taken as a fine example.

On that day, she shared an old picture of herself in which her hair was colored purple. In the caption, she first wrote, “Throwing it back to my purple hair days to celebrate GLAAD’s 10th #spiritday!”

“Did you know that more than half of all lesbian, gay, bisexual, transgender, and queer students say they feel unsafe at school? No one should be bullied or called names simply for being who they are.”

She continued, “That’s why I’m wearing purple for Spirit Day in a united stand against bullying and to show support for LGBTQ young people of all backgrounds, races, religions, gender identities, and sexual orientations. Join me and use the hashtag #spiritday.”

During her November 2019 interview with Grumpy Magazine, she said, “What attracted me specifically to Josie was, number one, her sexual fluidity. It was very appealing to me to have that representation for young men and women.”

Kaylee Byrant as Josie Saltzman in The CW’s ‘Legacies’ (Photo: The CW)

“So much work had to be done into her self-process, and so little of it was said. I was ecstatic to take on that challenge,” Bryant added.

She continued, “In every episode something very impactful happens, so there is always something going on through Josie’s brain and as an actor, I want to validate every single thought that she has.”

“With the luxury that is time, I have a lot of time to actually mature and understand how to have healthy conversations with her dad, her sister, and different friends. It has been really refreshing to see and feel a character grow,” Bryant concluded her statement.