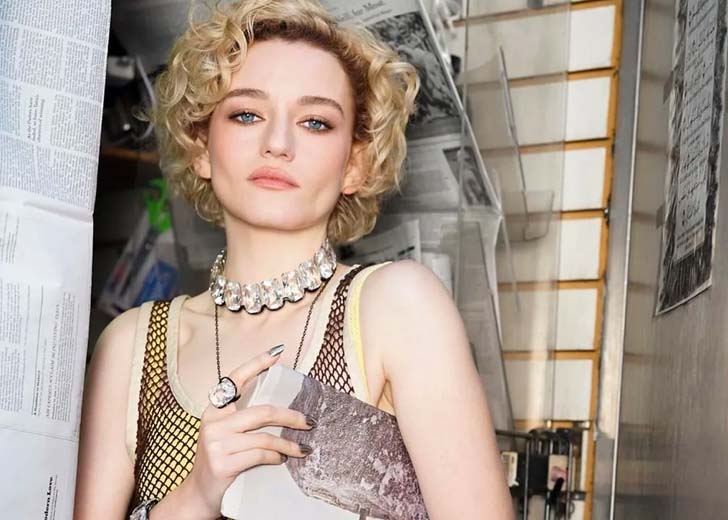 Julia Garner’s mother is from Israel.

Julia Garner is a famous American actress who is best recognized for her role as Ruth Langmore in the Netflix crime drama Ozark.

She won two Primetime Emmy Awards, subsequently in 2019 and 2020, for Outstanding Supporting Actress in the drama series, followed by a Golden Globe Award nomination.

As she rose to fame, fans became curious to know more about the actress. So here is everything you need to know about her.

On February 1, 1994, Garner was born in The Bronx’s Riverdale area, New York, to Tami Gingold and Thomas Garner.

The actress’ mother Tami is Israeli and was a prominent comedian, who appeared on Israeli Saturday Night Live. She is also an actress who has appeared in films such as The 17th Bride (1985), House Committee Rivalry (1986), and Morning Star (1988).

At present, she is working as a therapist.

On the other hand, Garner’s father Thomas is a painter and an art instructor from Shaker Heights, Ohio. Not much is known about him, as he maintains a life away from the spotlight.

But he is often mistaken for actor Thomas Garner from Rockville because they share a common name.

In addition to her parents, the dive also has a sibling. She has an older sister, Anna Garner, who is an artist like their father.

Garner is an American by nationality, as she was born and raised in the United States.

Moreover, when it comes to her ethnicity, the actress describes herself as “semi-Israeli.” That is because her mother, as stated earlier, is from Israel and her father is an American.

Hence, Garner, like her mother, is Jewish and practices Judaism.

Speaking with e.walla once, she said, “I have a lot of family in the country [Israel]: in fact, my whole mother’s family is there, and I come to visit often.”

Garner further implied that she loved staying connected to her Israeli roots and was a huge fan of Israeli productions.

“Yes, Israelis grasp things quickly, and they are good at producing content that will be the basis for remakes,” she added. “I really like ‘Fauda’ and also ‘In Treatment.’”

As a result, the actress understands Hebrew but isn’t very fluent in it. That said, she is very proud of her Jewish heritage and Israeli culture.

Naturally, Garner doesn’t have any distinct accent. But as an actor, she is very good at adopting different accents. She has picked up many accents to perfection for her various roles.

Delvey was born in Russia and raised in Germany; thus, she speaks with a vaguely European accent that is purposely difficult to pinpoint.

Garner apparently worked really hard to perfect Delvey’s accent. She even went to meet her in the prison.