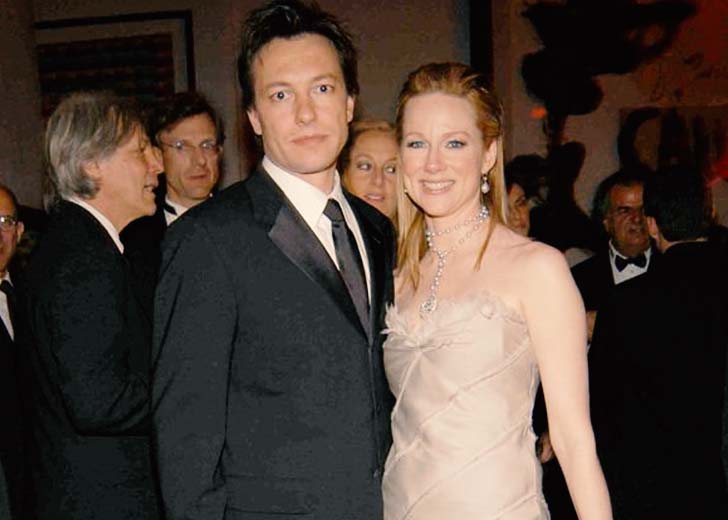 Laura Linney has been married to her husband Marc Schauer for over a decade now.

The three-time Oscar nominee first met her future husband, a real estate agent, in an unconventional style, and it could be said that it was love at first sight for them.

The now-married couple first met at the 2004 Telluride Film Festival, where Schauer was appointed as Linney’s festival host. “He was a V.I.P. host, a liaison between the town and the festival. He was assigned to me for the weekend,” the actress said in an interview with The New York Times in July 2010.

However, they didn’t express their feelings for each other immediately. After a week or so, she emailed Schauer to thank him for his assistance. Schauer also replied, and the conversations went back and forth.

In one of those emails, Schauer had asked Linney what was going on between them and, if there was something, what they should do about it. In reply, she wrote, “The only thing I know is that I don’t want to let it go.”

Additionally, she told him that they had to find a way to spend some time together before taking any further steps. Schauer replied, “Well, where are you going to be?” At that time, the actress was visiting different cities to promote her movie, Kinsey.

So, she gave him the list of the cities she would be going to, and he said he would meet her in Chicago. Though everything was going on smoothly, Linney was in disbelief that it was happening.

“But at that point, I had nothing to lose,” she said to the outlet. When the time of the duo’s meeting arrived, Linney was nervous. But, just as she got out of her hotel and saw Schauer, all of her nervousness and anxiety faded away.

Recalling that exact moment, she said, “I got out of the elevator and I turned and I looked at him and every anxiety just vanished. And I thought, Oh, this is going to be fine. And we fell very hard for each other very quickly.”

Sometime after meeting in Chicago, Linney began dating her now-husband Schauer. After being in a relationship for years, in August 2007, they decided to take a step forward and got engaged.

Following a 21-month-long engagement, on May 2, 2009, the boyfriend and girlfriend duo shared the wedding vows to become a husband and wife duo. On her wedding day, Linney was walked down the aisle by actor Liam Neeson.

As their marriage was quite private, most of its details have been kept hidden to this date. Similarly, the couple has kept a fair share of their marital relationship under the wraps and prefers to live in privacy.

Before her marriage with Schauer, the Ozark star was married to actor David Adkins. They tied the knots in 1995 and eventually parted ways five years later, in 2000.

Laura Linney and Marc Schauer are parents to a son

On January 8, 2014, Linney and Schauer welcomed their only child – a son – named Bennett Armistead; Linney was 49 years of age at that time. The news of her pregnancy was also kept quite private and only revealed after her son’s birth.

During the actress’s appearance on Live with Kelly, around mid-2016, Linney opened up about why she kept her pregnancy hidden. She said, “Well, I was an older mother-to-be, and it had taken me a very long time to have a child.”

“I wanted to make sure that my child actually arrived, and was safe and healthy. I just was very quiet about it — I didn’t hide it intentionally, I just didn’t advertise it. So it was the right thing for me and my family,” she further added.

Co-host Mark Consuelos then went on to ask the actress, “But at a certain point, it’s hard not to advertise it, right?” In reply, Linney said that she was going to the theater when she was eight months pregnant, and no one said a thing.

She continued by saying that she wasn’t hiding. But, when she gave birth to her son, many made a big deal about it, saying that she hid her pregnancy. “I just didn’t [hold up] a sign that said, ‘Hi, I’m pregnant now,'” she said.

After the birth of her son, the Tales of the City star has been relishing the perks of motherhood. In an exclusive interview with People in February 2021, she mentioned that she changed in a way she never expected after her son’s birth.

She told the outlet that whenever she looked at her son, she smiled as she had never before. “My face was sore all the time,” she added.

Linney also admitted that balancing her work life and motherhood wasn’t easy. She said that she wanted to spend all of her time with her son, but “that’s not possible or realistic or particularly good for him either, for that matter.”

In the end, she said, “You just do the best you can. I’m so happy that I have a child. He’s been such a gift.”

Posted on May 4, 2022May 4, 2022
Everything about Alexander Skarsgard and Tuva Novotny's romance rumors!
Read More