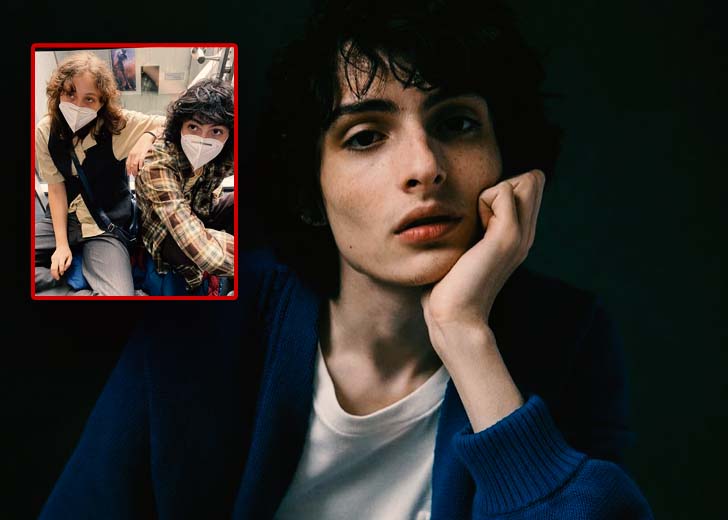 Canadian actor Finn Wolfhard gained fame internationally for his role in the Netflix series Strange Things and even won the Screen Actors Guild Award for Outstanding Performance by an Ensemble in a Drama Series.

The young aspiring actor and guitarist have also stepped onto a new stage of his life, leading towards being a devoted boyfriend to Doll Em actress and his girlfriend Elsie Ritcher.

They are said to have been together since early 2021, as they seemed to be hanging out more with each other at that time.

Elsie Ritcher, also known as Elsie Pearls, given her name on Instagram, having around 150k followers, is a 19 years old actress known for her notable works such as Doll & Em in 2013 and Di Bible in 2019.

Born to mother, English actress Dolly Wells and father Mischa Richter, the actress doesn’t seem to have a celebrity life. Instead, she tends to spend a normal lifestyle as she isn’t much active in social media and the fan page also consists of her time with her friends or off-set.

Richter’s life is not open to the public as she has kept it under the wraps and can only be known through the rumors or her boyfriend if he ever spoke.

The duo was first spotted publicly in April 2021 at an NBA basketball game between Milwaukee Bucks and Atlanta Hawks, but the exact date of their love reunion is not yet known.

Their relationship was confirmed soon after their public outing when Ritcher posted a cheeky blurry photo of Wolfhard biting her cheeks alongside a little heart emoji on Instagram in June, which was deleted later. Still, it was enough to turn everyone’s doubt into certainty.

The couples have tried to keep their love as low-key as possible, but for a celebrity star, that would be like a Catch-22 because they have millions of eyes looking over.

In an interview with The Washington Post in 2021, Wolfhard revealed how his fans threatened him to release his personal information to attract his attention. That was just the start, as they even tried to expose his girlfriend’s address unless they confirmed their relationship.

“They’re like, ‘Oh, okay, I’m so sorry. We love her,'” Wolfhard said. “It all fades literally once you’re like, ‘Hey, calm down. It’s cool. I’m a real person.’ It’s almost like a trance or something. Maybe it’s a power thing.”

The awry situation made the couple be more alert, making them even low-key as they were nowhere to be seen together.

On-screen romance has been spotted in many star couples leading to off-screen romance, which came as a taboo for the Stranger Things co-stars Wolfhard and Millie Bobby Brown, too, as they were rumored to have linked romantically.

But the rumors were stepped upon by Brown’s public denial for having any romantic relationship with her on-screen boyfriend.

Altogether, Brown is currently in a relationship with Jake Bongiovi. They were spotted strolling in New York City holding hands. Recently, Brown has posted on her Instagram, captioned “Happy holidays.” with her beau.