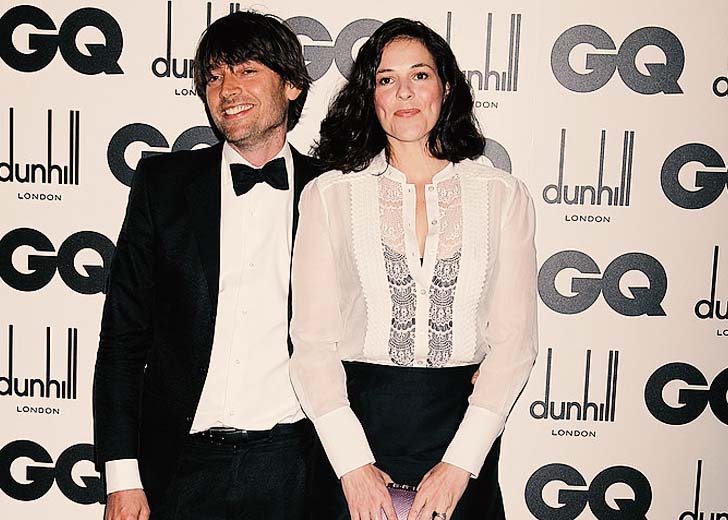 Steven Alexander James, a 90’s rock band musician, also known as Alex James, was born on November 21, 1968, in Boscombe, Bournemouth. He devoted his early career towards music and songwriting, his favorite being pop, and now with a new interest in cheese making.

The bassist, majorly known for the Britpop band Blur, previously called Circus, before James joined in 1989, had given great hits to the audience in the mid-90s like Parklife, Song 2, and Girls & Boys.

James never performed solo but has conducted in collaboration with other projects like Fat Les with actor Keith Allen, Vindaloo for 1998 FIFA World Cup’s unofficial theme song, Me Me Me with Stephen Duffy.

Along with his hits came his news of getting married with whom he has already spent more than 18 years of togetherness as their marriage took place in April 2003.

When he was at the peak of his career, James got married to Claire Neate, a music video and film producer. Neate has done countable works during her music video-producing era.

Her work as a music video producer includes The Cranberries: Stars in 2002, Timo Maas Feat. Kelis: Help Me in 2002 as supervising producer, Clinic: Walking With Thee, Song for My Mother in 2009, Archaeology in 2011, and recent short documentary Mark Hix on Salt in 2015.

Other details such as Neate’s birth, age, parents, and education, however, have been kept private.

Journey of Alex James with his wife Claire Neate: From dating to marriage

The couple became closer in 2002 and were married in April 2003 in Cheltenham, shortly after Blur was in its downfall.

Before marriage, they spent a wholesome weekend at a friend’s house in Little Barrington, near Burford, far away from the capital temptations, which made the duo fall in love with the place, driving them to spread their roots in the Cotswold district, Oxfordshire.

In an interview with Tim Hughes of Oxford Mail, James said:

“I was longing to put roots down and living here was a dream for both of us. That was 11 years ago. We were living in one of the best parts of London and doing something like that in the middle of a torrid love affair seemed to be madness. Friends said ‘don’t do it; you can’t be a farmer or a father… you’re an [expletive]. But it’s the best thing we’ve ever done.”

The couples have spread their wings to embrace their family and have been blessed with five children to date.

Lifestyle of Alex James and Claire Neate with their children

The English musician has enjoyed harmonious family time with his loving wife and cute five children: three boys, Geronimo and twins Artemis and Galileo, and two daughters, Sable and Beatrix.

The family lives in their farmhouse, spread on a 200-acre cheese farm, situated at Kingham, Oxfordshire.

Jame’s farmhouse is famous for having a music fest every year, organizing its en-suite music festival, namely The Big Feastival, a family-focused gathering of musicians, fans, and food lovers taking over the trend since 2011.

In 2014, the festival attracted over 30,000 attendees and had continued to be held annually on August Bank Holiday Weekend.

James, along with the fun, has given his best to his business of cheese making and has gained fame for his famous creations like Blue Monday, Little Wallop, and Farleigh Wallop.

James showed his love to his wife and cheese [via Oxford Daily] as his words followed, “I knew it was love when I found out she loves cheese as much as I do.”

James’ children have also been involved in cheese creation. He added, “The kids have grown up with cheese and have good ideas – and say exactly how it is. And I listen to everybody. I love cooking with kids – or sending them off to pick strawberries with a pot of cream.”

Nonetheless, James and Neate seem to have happy days of their lives and hope to have peaceful days in their upcoming days.