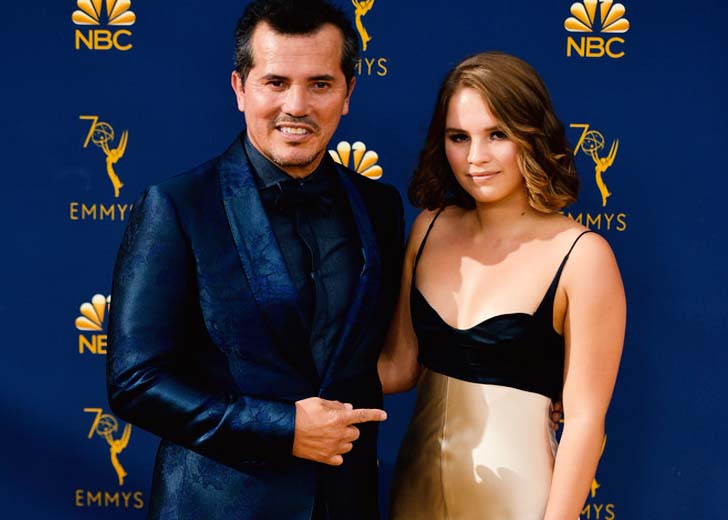 John Leguizamo has been married to his wife Justine Maurer for almost two decades.

However, if someone had told the American actor in 2001 or 2002 that he would have such a blissful and long-lasting marital relationship, then he might not have believed it.

It’s because he had previously mentioned that marriage means nothing if both partners aren’t fully committed. Besides, in his 2002 Broadway play, Sexaholix… A Love Story, his line to his daughter was, “You know I love your mother too much to marry her.”

So, what changed for the actor that he went on to marry his present wife just a year after the play was performed? Read on to find out!

In his exclusive interview with Time, in December 2008, the interviewer mentioned Leguizamo’s line in the movie Nothing Like the Holidays, in which the actor’s character talked about why marriage is worth fighting for.

Additionally, the interviewer quoted the earlier mentioned line from his play, Sexaholix… A Love Story, and said to the 57-year-old actor that now that he is married, what does he have to say to that now?

In reply, Leguizamo first stated that he still thinks marriage is more than a ceremony and a document where two people sign. “It’s definitely a commitment that two people make and I don’t know if you need all those elements to make it a marriage,” he further added.

As he went on, he said that for him marriage is a holy commitment “to make things work and figure it out and fight to stay together.” “I think you have to really make that commitment in your soul. Both people have to,” he ended his statement.

Leguizamo met his present wife, Justine Maurer, before he tied the knots with his first wife, an actress named Yelba Osorio. He and Osorio were married in August 1994 but ended things just two years later, in November 1996.

A year before his marriage with his first wife, Leguizamo met his second and present wife, Maurer – an estate planner– on the sets of the 1993 movie titled Carlito’s Way. In the film, the actor played the role of Benny Blanco, whereas Maurer played a cameo role of a customer.

However, it wasn’t after Leguizamo’s split with Osorio that the now-married couple began dating each other. As per People, the married duo reconnected with each other in 1997 and began dating in the same year.

Two years after being in a relationship, in 1999, the pair welcomed their first child together, a daughter named Allegra Sky Leguizamo. In 2000, their family expanded again as Maurer gave birth to a son named Ryder Lee “Lucas” Leguizamo.

After dating each other for six years, on June 28, 2003, Leguizamo and Maurer walked down the aisle to share the wedding vows in an intimate ceremony held at their lakefront home in New York. People reported that only 30 people were invited to their ceremony.

The outlet further reported that the couple’s wedding ceremony was a Catholic-Jewish one as the actor is Catholic and his now-wife is Jewish. “I was saying things I have felt about this woman for a long time,” the actor told the outlet.

People also added that the couple’s daughter served as the flower girl and “didn’t miss a petal.” Similarly, their son served as the ring bearer. For her special day, the bride donned a Calvin Klein gown that was “decorated with her own diamond tiara.”

Since their marriage, the couple has always been together as they were before tying the knots, with their children by their side. Their daughter – an aspiring actress – could be seen sharing several pictures with her family via Instagram.

The actor also occasionally shares pictures of his partner and children on special occasions, such as National Sons Day or National Daughters Day, and so on. As of now, the family of four reportedly reside in Manhattan, New York.