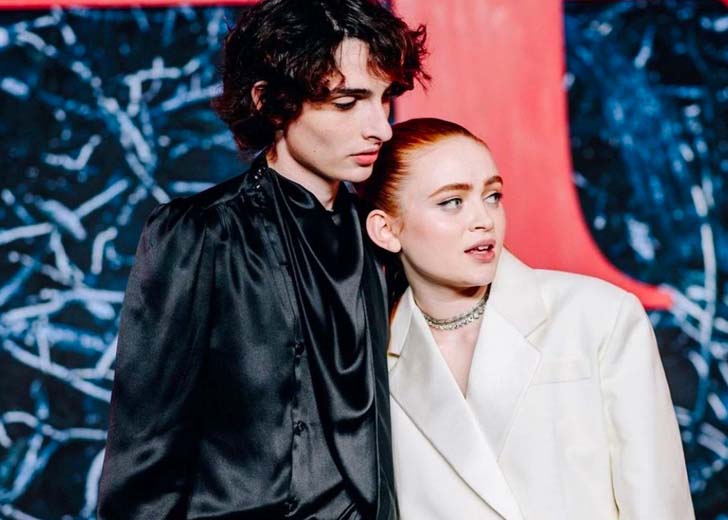 How true are the rumors?

Whenever a movie or television show gets released, it has become a tradition for the fandom to speculate if its cast members are dating. And the same thing is happening to Stranger Things co-stars Sadie Sink and Finn Wolfhard.

Netizens on TikTok are convinced that Sink and Wolfhard have moved past their friendship status and are dating. Additionally, there are rumors that the two were in a romantic relationship around 2016 but broke up later.

As the rumors started to brew more and more, TikTok users started making wholesome edits of the two co-stars and reaction videos as well, making people even more confused about whether or not Sink and Wolfhard are dating.

And if you are one of the confused ones, then be assured that these rumors are fake. Sink and Wolfhard aren’t dating now and weren’t dating years ago. As of now, it’s unknown who started spreading these false speculations.

Nonetheless, despite these fake hoaxes about them dating, the internet has already been caught up, and people on Twitter are reacting to it. Thankfully, most Twitter users knew that Sink and Wolfhard weren’t dating.

Sadie Sink and Finn Wolfhard during their photoshoot for Pull and Bear (Photo: Pinterest)

One frustrated fan even wrote, “if I see that fake edited video of Finn and Sadie at that interview one more time on tiktok.. now they starting rumors that they dated in 2016 but broke up.”

“Not someone on tiktok starting a rumor saying that Finn and Sadie dated, and people in the comments are believing it and spreading it. Y’all believe everything online and on google,” another user tweeted.

Furthermore, one Twitter user wrote, “tiktok stans saying Sadie and Finn dated ?? ya’ll they did one pull and bear photoshoot, and y’all are acting like they dated! They’re good friends, you guys stop being so stupid for one second.”

So, that does it then. Sadie Sink and Finn Wolfhard were neither dating in the past nor are they dating now. They are co-stars who eventually became good friends, like any other cast members of Stranger Things or other movies and TV shows.

Who is Sadie Sink dating?

Now that it’s proven Sink and Wolfhard aren’t dating, does the actress have a significant other in her life? The answer to that question is unknown for now, as Sadie Sink has always kept her love life private.

She was previously rumored to be dating Joe Alwyn’s brother, Patrick Alwyn. The rumors started in September 2021 after Sink and Patrick were caught having a stroll in the streets of New York. But, there were no signs of any PDA moment or a loved-up new couple.

At the time, it was said that Sink got to know Patrick as she was starring in Taylor Swift‘s All Too Well: The Short Film, and Swift is currently dating Patrick’s older brother Joe Alwyn.

However, their romance rumors were never confirmed or denied. Besides this rumor, Sink was also speculated to be dating her Stranger Things co-stars, Caleb McLaughlin and Noah Schnapp, but these rumors were also not confirmed.

Who is Finn Wolfhard dating?

Coming over to their relationship, they were first spotted in April 2021 and immediately sparked rumors. And two months later, in June 2021, Richter confirmed her romance with Wolfhard when she posted a blurry yet close-up picture of them smiling together.

However, moments after the photo was posted, she decided to delete it. Since then, the two have kept their relationship as private as possible. And as a result of their privacy and Richter not being at the Stranger Things season 4 premiere, it was speculated that the couple broke up.

Nonetheless, these speculations are yet to be confirmed, and until that happens, it’s safe to assume that Wolfhard and Richter haven’t split and are still together.