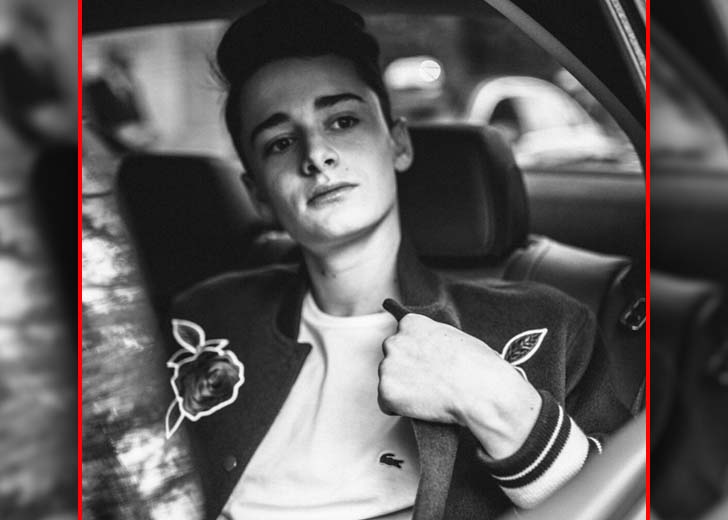 Noah Schnapp is a talented Canadian-American actor who is notably known for his portrayal of Will Byers in the Netflix hit show Stranger Things. He has been playing the role since its first season and will be reprising it in the fourth season as well.

He has won several awards for his performance in it and got nominated for some, too. He has won Screen Actors Guild Award, Young Entertainer Award, Teen Choice Award, and MTV Movie + TV Award each.

Besides the Netflix show, his other acting credits include Bridge of Spies, Snoopy and Charlie Brown: The Peanuts Movie, We Only Know So Much, Halloween Island, Abe, Waiting for Anya, and Hubie Halloween.

Due to Schnapp’s ever-growing popularity, his new and old fans always want to learn more details about him. And his relationship status is one of the main things they want to know!

Does Noah Schnapp have a girlfriend?

The 17-year-old actor’s present relationship status is unknown. However, there is a high chance that he is single and isn’t dating anyone as of this moment.

Schnapp prefers to keep his romantic life details upto himself only and doesn’t share much about it with the public.

He remains quite shy and refrains himself from sharing many details about him in most instances. There have been no mentions or reports of him dating someone and having a girlfriend.

Additionally, though the actor has shared pictures with beautiful ladies on his Instagram handle, none of them seem to be his partner. Instead, all of those ladies are either his friends or co-stars.

Back in 2017 – a year after Stranger Things aired – rumors began to spread linking Schnapp to his Stranger Things co-star Millie Bobby Brown. It seems the chemistry between the two on and off-screen was the reason behind the talks.

However, as it turned out, the gossips were nothing but false. The two were only close friends. As of now, Brown is in a romantic relationship with her boyfriend, Jake Bongiovi.

Not only that but the actor was also linked to another of his Stranger Things co-star, Sadie Sink. But, in the end, those speculations were also false.

Whenever Schnapp was asked about his rumored real-life relationship with his co-stars, he would deny it by saying, “We are just friends.”

In 2020, the actor was rumored to be dating the American social media personality and singer Dixie D’Amelio – sister of Charli D’Amelio. But, in his YouTube video of October 23, 2020, Schnapp denied the speculations.

In the Q&A video, a fan had asked him if he and Dixie were a thing. He was quick to deny the question as he said, “Um, no. We aren’t. Nothing’s going on there. We’re just friends.”

Most recently, on March 18, 2021, it seemed like Schnapp was low-key hitting on the American TikTok star Caroline Gregory. In a TikTok video of Gregory, the New York City native actor had gone on to comment, “Uh hi.”

However, Gregory’s boyfriend, Asher Angel, was there to reply to the actor by writing “Oh hey Noah,” and shut any further interaction that might have gone. As per tiktokinsiders, Caroline had liked her boyfriend’s reply.

Following that instance, there haven’t been any new rumors regarding Schnapp’s romantic life. On the contrary, it seems like he is relishing his singlehood to the fullest.