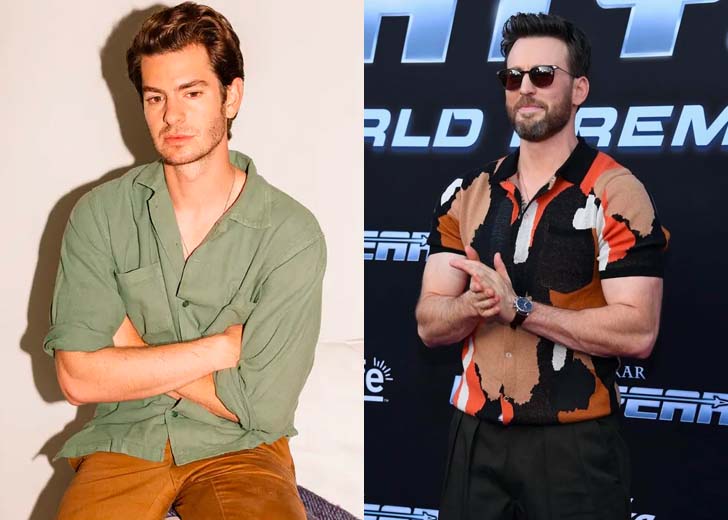 Chris Evans and Andrew Garfield might star together in a Rian Johnson movie.

Chris Evans and Andrew Garfield have made a name for themselves by starring in Marvel Cinematic Universe (MCU) movies.

He recently reprised his role in the Spider-Man: No Way Home, a film in MCU Phase 4. While both have been a part of MCU, they have never shared a screen.

But now, it seems like Evans and Garfield will be working in a movie together. Unfortunately for the fans of Marvel, the film is not a part of the MCU.

The rumors about Evans and Garfield starring in a film started after Deuxmoi posted two stories about it. Deuxmoi is an Instagram gossip page that posts anonymous messages or emails they receive about celebrities.

The first person who chose the pseudonym Film Insider reported that Evans and Garfield would play brothers in a movie produced by Apple. The film is in Sci-fi/ Mystery genre, and it will allegedly be directed by the director and writer of the Knives Out, Rian Johnson.

Knives Out, released in 2019, was an American Mystery movie where detective, Benoit Blanc, investigates the death of Harlan Thrombey, a best-selling crime novelist.

Evans starred in Knives Out as Hugh Ransom Drysdale, the notorious grandson of Thrombey. His role was critically acclaimed since many of his fans and followers loved seeing him playing something other than Captain America.

Garfield, on the other hand, has not worked with Johnson. Film Insider said the movie would be more serious and heavier than Knives Out.

They revealed that the movie’s plot was under wraps for now, and the filming would start in the Summer of 2023.

A person by the pseudonym Casting Assistant did not explicitly name Evans and Garfield. Instead, they said two “A+++” Marvel actors would play stepbrothers in a new show.

A streaming service would release the show, but Casting Assitant did not name any platform. They added that both of these A+++ Marvel actors had a massive fanbase, so the show had a high chance that the show would be a successful one.

A lot of Marvel actors have a lot of fans and followers compared to other Hollywood stars, so it cannot be said for sure that Casting Assistant was referring to Evans and Garfield.

The rumors of Evans and Garfield starring together in a movie or show have not been confirmed by anyone yet. However, fans are excited to see their idols star together.

As soon as Deuxmoi posted the stories, the actors’ fans and followers took to Twitter to share their excitement. Needless to say, all of them are happy and can’t wait for the alleged project to be released.

Here are some of the fans’ reactions to the rumors.