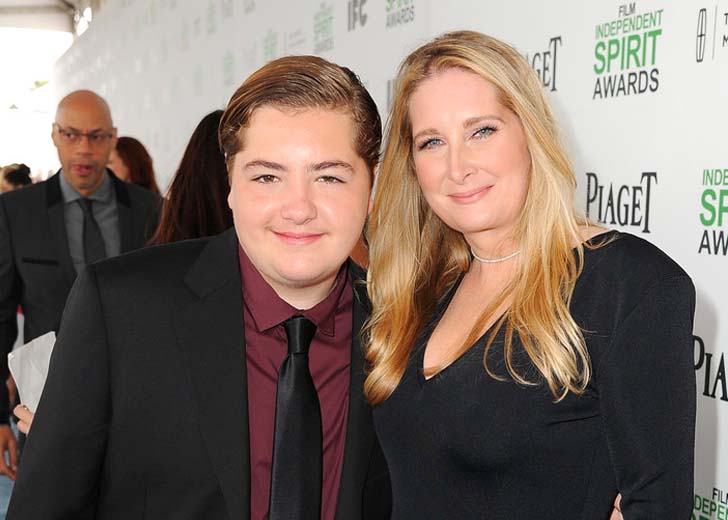 Michael Gandolfini was only 14 when he lost his dad to a heart attack.

James Gandolfini was an American actor most known for portraying Tony Soprano, the Italian-American Mafia criminal lord, in HBO’s The Sopranos.

The award-winning actor, however, had a tragic end when he suffered a heart attack in 2013 and lost his life. James has left behind a legacy, as well as his son Michael Gandolfini with his first wife, Marcy Wudarski.

The Many Saints of Newark chose Michael to play the young Tony Sopranos, who many considered the perfect choice for the role, following his father’s legacy.

Here’s what you need to know about Wudarski and her late ex-husband James’s son, Michael Gandolfini.

Michael made his movie debut in Ocean’s 8 and later appears in The Many Saints of Newark as Tony Soprano, the character originally played by his late father, James Gandolfini, in the television series The Sopranos.

It wasn’t easy for him to play a young Tony Soprano, the figure his father made famous on the HBO series.

“The pressure is real,” he told The New York Times. “There’s fear. But the second layer, that a lot of people don’t think about, which was actually harder, is to play Tony Soprano.”

He said that it wasn’t just the sentiment of his father, but Tony Soprano was itself a complicated character.

Michael is Marcy Wudarski’s only son with James Gandolfini

James married his first wife, Marcy Wudarski, in March 1999. Marcy is renowned as the wife of James Gandolfini.

She is, however, a celebrity in her own right, having worked behind the scenes in the entertainment world as a producer quite a few times. She was raised in a working-class military household, according to Amomama.

Following a working relationship, the couple began dating. They soon moved into a West Village apartment, and the pair married in a modest and private wedding ceremony.

Marcy was already pregnant then, and Michael was born on May 10, 1999, shortly after the couple got married.

However, their marriage didn’t last, and they separated after about 3 years in 2002. Although Marcy did not say why they divorced, she mentioned in an interview that The Sopranos actor suffered from drug and alcohol misuse during their marriage.

There is not much information on her online, so it is hard to say what she is doing currently as she keeps her life private. She has also kept her social media, like Instagram, locked and private.

On the other hand, James married former model and actress Deborah Lin in her hometown of Honolulu, Hawaii, on August 30, 2008, after two years of dating. They had their daughter, Liliane, in 2012.

On June 19, 2013, James died unexpectedly at the age of 51 in Rome. He was scheduled to visit Sicily a few days later to accept an award at the Taormina Film Festival.

After a day in the scorching heat, his 14-year-old son Michael finds him unconscious on the toilet floor at the Boscolo Exedra Hotel at about 10 p.m. Michael dialed reception, who dialed 911 for emergency paramedics.

James was admitted to the hospital at 10:40 p.m. and was announced dead 20 minutes later. He died of a heart attack, according to the autopsy results.

With the death of the actor, state and national officials went to the internet to offer their respects. His ex-wife, Marcy, was also there at his funeral.

Posted on August 1, 2022August 1, 2022
Nick Jonas thinks Frankie is a great uncle to all the kids in the Jonas family.
Read More