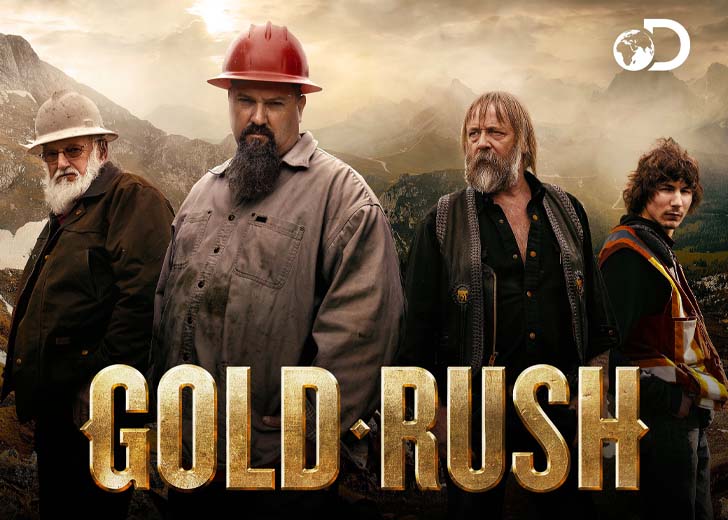 Gold Rush is a reality TV series running for over 12 seasons on Discovery. The first season was titled Gold Rush: Alaska, but it was renamed Gold Rush when the second season aired.

As the title suggests, the show follows the lives of different ambitious miners, mainly family-run mining companies, in their pursuit of gold. There are new locations, new miners, new stakes, new machines, and more every season, making things even more exciting.

To this date, the show has garnered popularity and a healthy viewership from all over the world. And the show has led to the origin of several more after-shows and specials, including Gold Rush: The Jungle, Gold Rush: South America, Gold Rush: Winter’s Fortune, and Hoffman Family Gold.

During its 12 seasons, viewers have been intrigued with what they have seen in the show and have many questions in their minds. Here we try to answer some frequently asked questions about Discovery’s Gold Rush!

The latest installment of the Discovery show followed the mining crews of Tony Beets, Rick Ness, Fred Lewis, and Parker Schnabel as they joined forces with the neighboring Clayton Brothers at the end of the season.

That said, there are no details on the new season as well. And maybe that’s because season 12 just ended on March 25, 2022, and it might take some while before the network prepares to greenlight season 13.

For now, Gold Rush isn’t canceled, and there are higher chances of season 13. As for the Gold Rush‘s cast in 2022, we’ve already seen some familiar faces in season 12, and the case may be the same in the new season, although there might be some additions.

What day is Gold Rush on Discovery?

Gold Rush season 12 aired every week at 8 pm ET / PT. But, as there is no new season, there aren’t any new episodes of Gold Rush currently airing on Discovery. And if you still wish to watch the show, you can still get a subscription to Discovery and binge-watch the older seasons.

Parker hasn’t left Gold Rush. Parker Schnabel, aka Parker, has been a part of the Gold Rush since the first season and has been an integral part of the show.

The special episode of Parker’s Trail aired on June 10, 2022, and its first episode aired on June 17. The spinoff show had only six episodes, with the season finale airing on July 25, 2022.

On the other hand, when Gold Rush season 12 aired, fans were shocked to see that Ruault had left Parker’s crew and then joined the rival team of Rick Ness.

How much is Rick Ness Worth off of Gold Rush?

Rick Ness joined Gold Rush in season 2 and worked as Parker’s right-hand man. However, at the end of season 8, Ness decided to leave Parker’s shadows and start working independently.

Gold Rush season 9 became the first season where Ness started operating independently. And by the end of the season, he had mined 1,105 ounces of gold worth $1.3 million.

Rick Ness returning home with his dog after completing his work on ‘Gold Rush’ (Photo: Twitter)

So, how much has Ness earned with everything he has done as an independent operator and Parker’s right-hand man? Celebrity Net Worth reports that Ness has accumulated a healthy net worth of $3 Million.

When it comes to reality television series, one of the main questions that come to people’s minds is whether or not the show is unscripted/real or scripted/fake.

And the same questions have been asked by many Gold Rush viewers. The answer remains on the common ground: some of the things shown in the show are real, whereas some things are scripted.

However, Jimmy Dorsey, a former show cast member, has claimed that Gold Rush is scripted. The revelation came during his interview with Oregon Gold when the interviewer asked him if the show was scripted.

In reply, Dorsey said, “Sure. Every formatted documentary is scripted. It is scripted from the beginning. They knew exactly what they wanted to see out of the program. Even me leaving was scripted, but in the way in which it happened was not.”

“The plans were made, but the footsteps were ours. They actually direct you into these situations. It became very real. That is why I actually got my ribs broke. There was a fight…not even a fight…I was assaulted by Greg. He broke my ribs.”

Dorsey continued, “That was very real, but it was also in the script for episode four which ended up being episode six, that I would end up leaving the show. They kind of push you towards, making these things happen.”

Dorsey’s statements also prove that there is a common ground between real and fake when it comes to reality TV shows. As for Gold Rush, the producers construct the circumstances, but things get genuine in plotting and executing those circumstances.