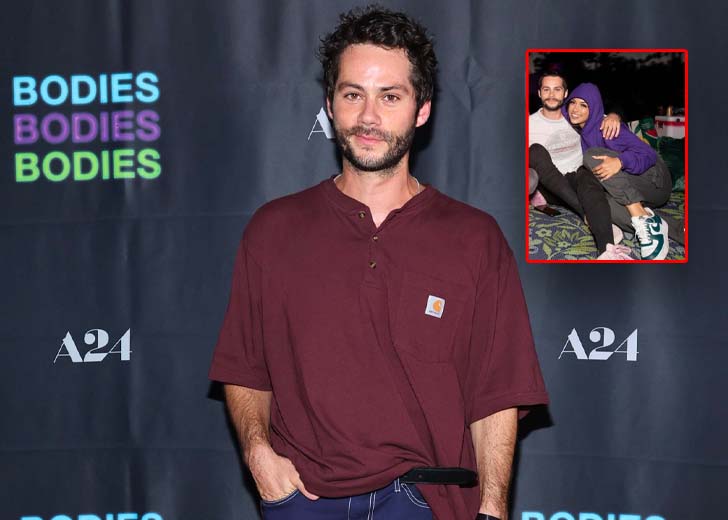 Dylan O’Brien is very private when it comes to his personal life.

Since his breakthrough performance as Stiles Stilinksi in the well-known supernatural teen drama Teen Wolf, Dylan O’Brien has managed to keep his personal life mostly private for the better of his career.

The Maze Runner star has already played many significant roles, and his next satirical comedy, Not Okay, will surely add another smash to his impressive parts.

The Teen Wolf star is about to introduce an entirely new character into our lives with the release of Not Okay on Hulu, and he’s providing some insight into how he did it.

O’Brien revealed his bleach blond hairdo and fake tats ahead of production, and now he’s shared the inspirations behind how he brought the character to life on-screen.

What are the influences in question? “White tatted kids that talk with blaccents,” as well as a past lover who talked a lot of Gen Z slang.

O’Brien explained that he did his study and developed Colin, his character, based on many stereotypes popular in Gen Z influencer culture when asked how he brought his character to life after reading the screenplay.

“I’ve always been taken aback by these white tatted kids who talk with blaccents as if they’re from the streets, appropriating Black culture, and being someone who ‘we’ are thirsting for,” he says.

He further shared that he found it such an odd trend but was fascinated by it.

O’Brien then explained how he connected to his character’s vocabulary and “vibe,” revealing that rather than spending hours browsing through TikTok FYP, he grabbed a piece of an idea from a girl he was dating.

“What’s funny is, I should have done more of that,” Dylan jokingly said.

“I was actually dating a girl that summer for a bit, and I was picking up a lot of things from her, too. She had that sort of vibe. Like she’d be constantly saying, ‘OD as fuck,’ and ‘No cap, and cap, no cap.’ Just all these terms,” he added.

After he mentioned his ex-girlfriend, who inspired the character, TikTok took it upon itself to find out the identity of the secret ex-girlfriend. And, fans have apparently figured out who she is.

Deuxmoi, a gossip page, believes Dylan’s ex, who he mentioned in an interview, has responded to him on TikTok.

According to fans, the girl O’Brian secretly dated is Giovanna, a TikTok creator, and singer that goes by shesgiovanna on TikTok. She recently posted a video that could hint at the news but has not disclosed any details on the topic so far.

Check out the video below:

That being said, O’Brien is currently single, as per Popsugar. In fact, the Flashback star is so private about his personal life that he hasn’t said anything about romance and dating since his breakup with his ex-girlfriend Britt Robertson (2012-2018).