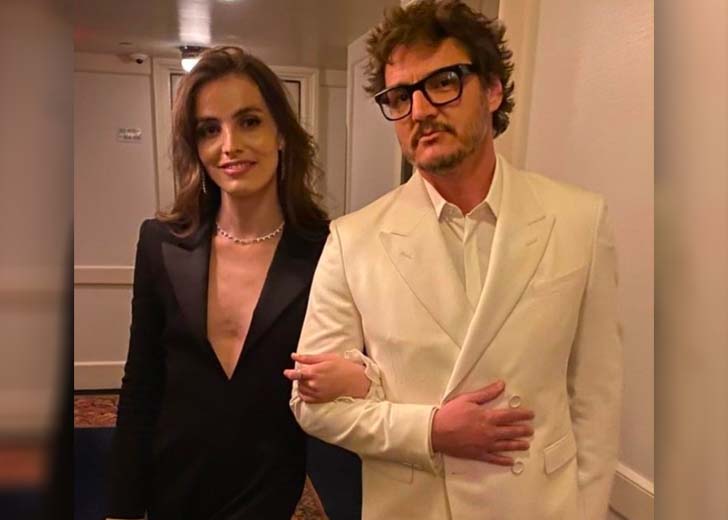 “My transition has been something that’s very natural for everyone in my family,” Lux said while coming out of the closet.

Pedro Pascal, star of The Mandalorian, is proud to support his sister Lux Pascal, who came out as transgender.

His sister came out of the closet on February 10, 2021, while appearing in an issue of Ya, a Spanish language magazine.

Lux, previously named Lucas Balmaceda, is an actress who lives and studies in New York. She earned a BFA in acting from the Pontifical Catholic University of Chile’s theater conservatory.

Lux Pascal opened up being a Transgender

Lux looks stunning in the photos, and her interview provides an intimate look into her transition. The actress, known for her roles in Los 80 and La Jaura, opened up about her change and what has happened in the last year since living her truth publicly.

In an interview with the Chilean magazine Ya, she revealed that she is a transgender woman. “My transition has been something that’s very natural for everyone in my family,” Lux said at the time.

She added, “It’s almost something that they expected to happen.”

Rightly so, her brother Pedro also introduced his sister to the world, sharing a copy of the Ya cover feature on Instagram. In the caption, he wrote, “mi Hermana, mi corazón, nuestra Lux,” which translates to “my sister, my heart, our Lux.”

What has Pedro Pascal said about his sister’s transition?

Backing that, Lux stated that her older brother Pedro had been an enormous source of support for her throughout her transition, both privately and publicly.

The actor also said “forever and always” to a fan who asked him on Twitter if he believed in trans rights.

According to Lux, Pedro “has been an important part” of her transition. “He’s also an artist and has been a mentor to me,” Lux explained.

“He was one of the first to give me the tools that began to shape my identity.”

Marking the International Day of Trans Visibility in March 2021, Pedro delivered a reflection on his social networks, speaking about his personal experience.

Nature doesn’t exclude anyone. Nature excludes no one. #TransVisibility”, the Hollywood star said.

On the other hand, his sister, Lux, also stated, “For a while I thought of myself as ‘above gender.’ That I could somehow push myself away and overcome my needs to become the gender that I am.”

“I realized that wanting to be ‘above’ something meant I had a bit of a superiority complex. The fact is that I was neglecting myself and I needed some humility,” she added.

“There will always be a time when you have to face the truth about yourself. Now, I want to accept what makes me vulnerable and feel more compassion for who I was,” she concluded.

A Breakdown of Whitney Cummings' Hefty Net Worth