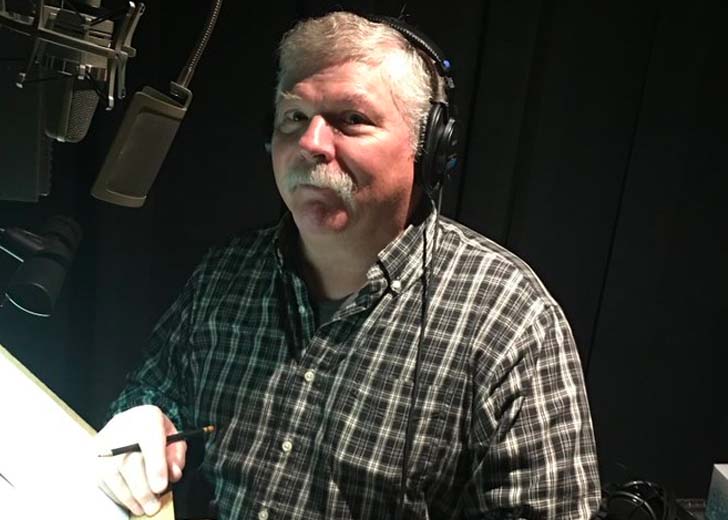 If you have not yet heard about Naked and Afraid, it is a survival TV show on the Discovery network. In the show, a group of survivalists takes on a challenge where they must utilize little resources while surviving in harsh environments for 60 days, 60 nights, with no food, water, or clothes.

And if you’ve watched it before, have you ever wondered who the man behind the show’s narration is?

Well, many fans are eager to learn more about the mysterious voice that has grown so familiar to them. So here is everything about the narrator of Naked and Afraid XL.

The famous voice behind Naked and Afraid is Michael Brown

Michael Brown is the narrator of the popular survival reality program. Brown is a veteran voice artist from Dallas, Texas, America, with decades of experience producing, recording, and voicing radio & TV jingles and thousands of commercials.

According to IMDb, he is most known for his role in Naked and Afraid, which began in 2013.

Although you’ve probably never seen what Michael Brown looks like, you’ve undoubtedly heard what he sounds like.

Michael Brown is the voice behind famous commercials

With more than four decades as a voice artist, according to his website, it’s not surprising that his tone is so well-known.

His Linkedin bio states, “I’ve been voicing and producing commercials for over four decades, launching my business with Jerry Weintraub’s Concerts West during the 70s, saw a decade + of venture into the ad agency business, and today I stay busy in the world of voiceovers and narrations.

In addition to Naked and Afraid, his voice has appeared on Animal Planet’s Rugged Justice and The Walking Dead, not to mention countless commercials for major brands such as RC Cola, Radio City Music Hall, Time-Life, Sears, Cargill, Southwest Airlines, McDonald’s, Hasbro, Joe’s Crab Shack, IBM, and others.

Michael Brown is very private about his personal life

Even though his voice is well-known to millions worldwide, Brown seems to maintain a very low profile, and little is known about his personal life.

Hence his exact details, including his date of birth, age, and other personal information, are not available online. No information about his family, parents, siblings, or relationships is available, too.

So we cannot precisely say if he is married, single, or has children or grandchildren.