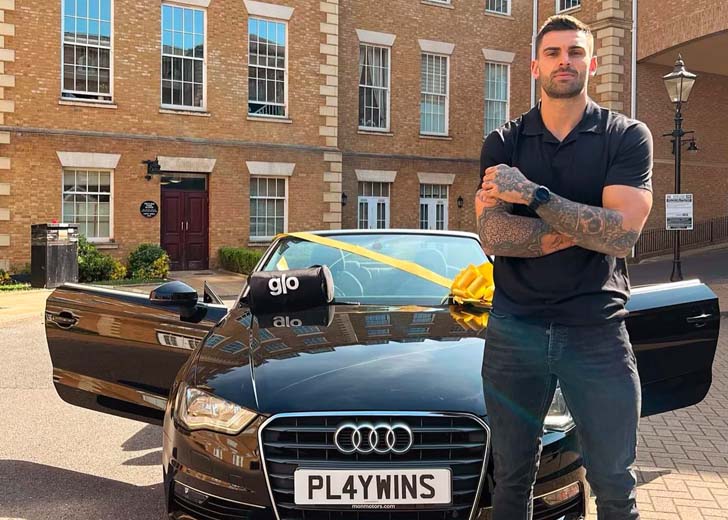 Adam Collard is the first ever cast to return to the show.

Adam Collard, a model, reality TV star, and personal trainer from Newcastle, rose to prominence after his appearance on the fourth season of the reality television show Love Island.

When Love Island U.K. begins each year, it’s typically a summer of love, but this time it’s a summer of second chances in Season 8.

For the first time in the show’s history, the former islander returns to the villa in search of love, connection, and the prize money of £50,000.

Adam Collard’s parents are both businessmen

Collard was born in Newcastle, England, on October 27, 1995. He is 26 years old and was born to his father, Billy Collard, a well-known British businessman, and his mother, Cheryl Collard, who also happens to be a businesswoman.

According to online sources, he has a sister named Missy Keating.

The Love Island star is presently single and looking for love on the dating show once again.

But he previously dated Zara McDermott, another islander from Love Island season four. The two met on the program and began dating. They separated on the show before being eliminated, but the pair met outside, rekindled their romance, and dated for eight months before parting up in 2019.

McDermott posted on Instagram following their breakup, writing, “I am heartbroken to announce that Adam and I have parted ways.”

“I love him and will always have a special place in my heart for him and our time spent together. I’ve tried hard to be the best person I can be and make it work. Sometimes in life, you just aren’t enough for someone, no matter what you do for them or how much you try to be.”

Apart from that, Collard was also in a relationship with Sarah Godfrey, a British beauty influencer. However, they split up in early 2020.

On the other hand, he has never been in a marital relationship — thus, never had a wife, too.

Adam Collard is the first islander to return to the show

Love Island is a British reality dating program that follows a group of individuals known as Islanders as they live in isolation from the outside world in a villa in Mallorca while being continually monitored by video cameras.

To survive in the villa, the Islanders must be paired up with another Islander, whether for love, friendship, or money. The overall winning couple receives £50,000 in prize money.

It’s the first time an Islander has returned to the program as a participant, with Collard previously appearing in the fourth series of Love Island, which aired in 2018.

Collard, who gained a reputation as a heartbreaker when he joined the Season 4 cast, has been selected again for the Season 8 bombshell.

Besides being a reality TV star, he is a professional fitness trainer, model, and podcast host. He hosts a podcast Lift Laugh Life.

And though the model’s exact net worth is unknown, according to The Parentage, he has an estimated net worth of $2 million.

Who Is Laura Zerra's Husband? And What Is She Doing Now? All You Need To Know

Posted on May 5, 2022May 5, 2022
"The G Word with Adam Conover goes inside the US government to find out what it actually does."
Read More