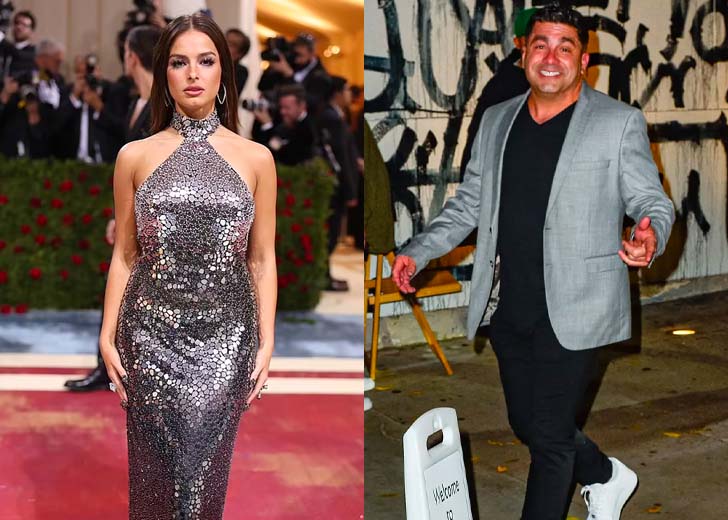 Drama in the Easterling-Rae-Monty household.

Addison Rae’s father, Monty Lopez, has created quite a drama with his personal life.

Following his daughter’s unexpected popularity, he became a well-known TikTok personality, gaining over 5 million followers after creating his account in 2019.

After seeing his daughter and wife’s success on the network, he began contributing content to the channel. He decided to take a year off from work to figure out how to become TikTok popular.

It is reported that before becoming a well-known character on the internet, the 46-year-old worked in real estate.

Addison Rae’s father, Monty Lopez, recently was exposed for cheating on his wife and having an affair. (Source: Instagram)

Recently, Lopez was exposed for cheating on his wife, Sheri Easterling, and having an affair with many young girls. Needless to say, he has been facing a massive backlash, and his daughter and wife have been dragged into the mess.

Here is everything we know about the situation.

The start of the drama

On June 28, 2022, the TikTok star unfollowed her father on social media. Sheri unfollowed Lopez and deleted the word “wife” from her Instagram bio.

This fueled speculation about a split between Rae’s parents. Then, on July 4, 2022, a video surfaced on Twitter showing TikTok user @iamjessk apparently Face Timing with Rae’s father in a car at night.

Although it’s difficult to establish that Lopez is participating in the video conversation, supporters allege that the man’s voice sounds very similar to him.

Shortly after the tape went viral, another video of Lopez reportedly going uncomfortably close to a young woman became viral. The now-defunct TikTok account @marlig shot the video. “Addison Rae’s dad is trying to [expletive] me,” a lady can be seen saying in a bar, “I swear to god.”

The lady was then seen covering her mouth in astonishment, and the video transitioned to a scene in the club in which Lopez is purportedly seen approaching a woman in an attempt to strike up a discussion with her.

It was evident that Easterling was heartbroken since she tweeted, “I deserve happiness, peace, joy, hope, love, patience, kindness.”

After the videos of girls claiming that Rae’s father was hitting on them, Lopez faced massive backlash from netizens.

Renée Ash, known as @renee.ash on Instagram, came forward to say that she and Lopez were in a relationship. She shared her tales on the podium and stated, “There are two sides to every story. When I’m ready to discuss the situation, I’ll be happy to share my side.”

Following that, Ash posted a photo of herself with Lopez with the caption “5 months wasted,” claiming that she had an affair with him for five months.

She also shared a couple of photographs of them kissing. One of the images had words that read, “Cannot believe the actions made by this person. Thoroughly embarrassed.”

Ash also posted screenshots of her and Lopez’s text chat. Lopez allegedly sent the former “I love you” in one of the texts.

Lopez, on the other hand, seemed to be enjoying the situation. He uploaded a TikTok video lipsyncing to the viral TikTok sound, ‘am I the drama?’

The video has since been deleted from his profile.

On July 7, 2022, Ash talked about her affair and drama with Page Six. Ash stated that she had a five-month relationship with Lopez but ended it after seeing the films and realizing he had lied to her all along.

He had told her that his marriage to his wife was over, although it was not. Lopez even introduced her to his family and told her he intended to have children with her, duping Ash into thinking they were special.

He gave Ash a narrative about his marriage that convinced her he was separated from Easterling and was seeking a divorce.

According to Page Six, Lopex informed Ash that they were a power couple and intended to live together, marry, and create a family. When Ash questioned Lopez about his connection with his wife, he stated that they never really chatted and that their marriage was “weird.”

Other claims include that the famed TikToker‘s father “left” his wife for “bitching” and “[expletive] with” him. He then cautioned Ash that exhibiting these actions may result in the termination of their relationship.

According to an insider, the claimed couple was on the verge of splitting up following a pregnancy scare. When Ash informed Lopez she thought she was pregnant, he dismissed her and assured her she wasn’t.

After that, Ash attempted to break up with Lopez, but he texted her constantly, and they reconciled. When she discovered he had cheated on her, she called it quits.

Following the publication of Ash’s allegations and interview with Page Six, Easterling moved to Instagram to express a statement about her former spouse.

She wrote, “Personal matters being brought public are always challenging and overwhelming for anyone involved. I will be okay. My biggest concern is and always will be my children and their fragile hearts and mind.”

She said that her purpose was to make them feel safe and secure and would do everything she could to protect them. Finally, she thanked everyone who offered her words of love and support.

She also changed her bio, writing “​​single mom” on it. Neither Rae nor Lopez have commented on the situation.