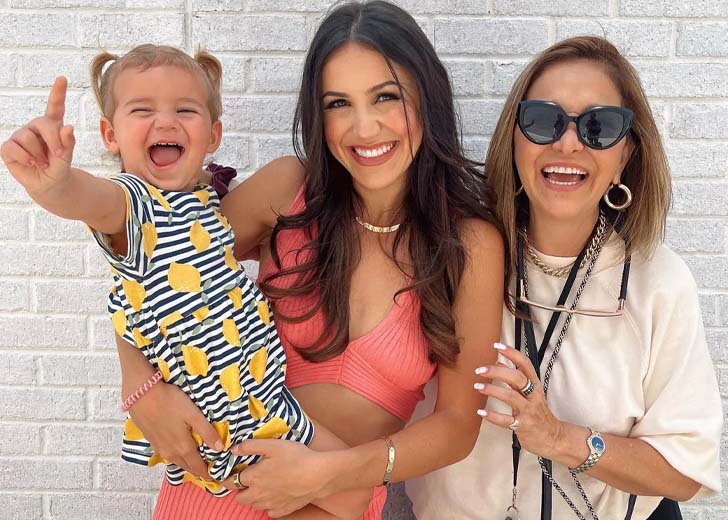 Kat Stickler seemingly played a prank on her mother by telling her she wanted to join OnlyFans.

On May 20, 2022, the internet personality shared a video – made with her mother – on her TikTok handle — it was also shared on her YouTube channel. In the video, she told her mother that she wanted to join the internet content subscription service, OnlyFans.

The short video started with Kat saying, “Okay, so, tell me what you think, honestly. I think I’m gonna start an only fans.” “What’s that?” her mother asked immediately.

In reply, the TikTok star told her mom if she remembered the time when she [Kat] did the bikini dancing picture. “Oh, that must have gotten a ton of views,” her mother said.

The video seemingly zoomed in on a shocked Kat, and she mentioned via an overlay text that she wasn’t expecting that reaction from her mother. “And what would you do for those fans only?” Kat’s mother asked.

Kat then walks a bit away from her mother. “Are you turning Kardashian on me?” her mother asked again. “There is just a lot of money in it, a lot!” Kat replied. Her mother quickly asked another question and said, “Like how much?”

Kat Stickler with her mother and her daughter, MK, on the occasion of 2022 Mother’s Day (Photo: Instagram)

The conversation was a bit fast-forwarded by Kat, and the video cut to a scene where her mother asked, “like ‘patitas’? — feet are called patitas in Hispanic — that you have to show the patitas? Is that what it is?”

In reply, Kat said, “I’d probably show the patitas, yeah,” and both of them started to laugh. “They pay you like $10,000 just to see your feet,” Kat continued.

Her mother was shocked to learn that as she said, “Wow.” “We can even just show them your feet,” Kat jokingly said, after which her mother had a huge laugh.

“Cono, let’s think about it. It’s a fine line,” her mother asked. “Would you do it if you were me?” Kat asked her mom. “Oh yeah,” her mother said with a laugh.

She then asked Kat if joining OnlyFans was something she wanted to do, to which Kat replied, “I think so, like, why not.” Her mother then asked if Kat could cover her face. “I guess so,” Kat responded.

Her mother continued, “You know, they do those Publix bags with the….” “The holes!?” Kat completed the sentence. Both of them again laughed.

In the end, Kat asked her mother if she supported her. Her mother said that if joining OnlyFans was something she wanted to do, she should definitely go for it, but just don’t go too far.

Fans of the TikTok star poured in love for the mom and daughter duo. Many of them wrote that they found Kat’s mother supportive, while many mentioned that the skit was funny and her mother “is seriously the best.”

As for if Kat is actually joining OnlyFans, that’s not true at all, and it was all a fun thing that a daughter had with her mother. Even the caption on her TikTok video says, “All jokes.”