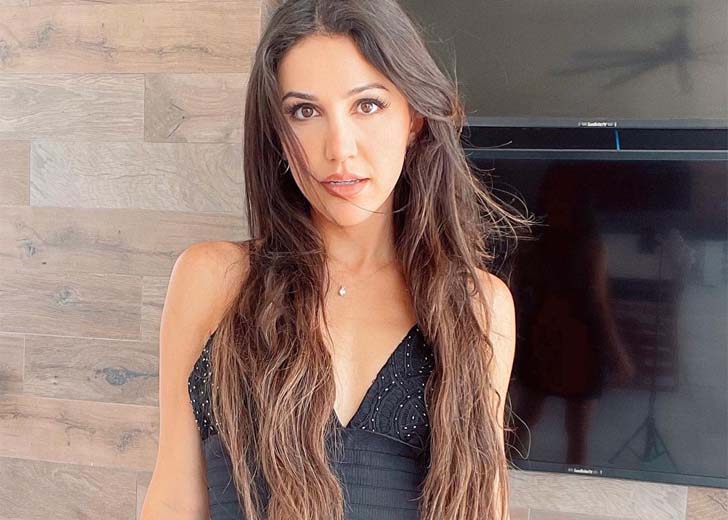 Kat Stickler is a TikTok star and social media content creator who rose to prominence after posting funny videos on now-renamed ‘Mike and Kat’ TikTok handle with her ex-husband Mike Stickler.

The social media star now manages her TikTok account ‘Kat Stickler,’ which has close to 7 million followers. She also has over 600 thousand followers on Instagram.

Who Is Kat Stickler?

Born on October 31, 1994, Kat, whose birth name is Kat Caveda, is a Miami, Florida native and one of Tampa Bays’ favorite local influencers. She loves to entertain people with her hilarious content on her social feeds, and meanwhile, she also aspires to be an SNL cast member.

Her Instagram bio suggests that she will appear on SNL very soon. She has written, “I’m gonna be on SNL.”

When she is not working, the 26-year-old is a full-time single mother to her one-and-a-half-year-old daughter MK.

Kat Regards Her Parents as Her Best Friends

Kat, who belongs to multiracial white ethnicity, occasionally takes to her social media to share her bond with her parents. And so far, she has explained her relationship with them to be no less than best friends.

For instance, she shared in an Instagram post from May 27, 2021, that her parents had helped her when she was going through hard times because of divorce. So, therefore, she wanted to give something back to them as well.

In the video post, she does all the yard work, including cutting the grass, leaves and cleaning them, which impresses her mother.

Kat also has a younger brother Christopher Caveda, shortly Chris, who graduated high school in May 2021.

My baby brother graduated high school today,” the TikTok star wrote on her Instagram. “I love you so much Chris! Thank you for letting me boss you around & impersonate you on tiktok. I’m so happy we’re related.”

Although Kat has talked about her parents and even showed her mother and brother to her followers, she is yet to reveal her father publicly.

Kat’s Net Worth Comes From Her Multiple Jobs

Kat is a professional social media content creator who makes funny videos and posts on platforms like TikTok and Instagram. That’s also her primary professional job at present.

Her comedy career kicked off when she started TikTok while being at home during the quarantine in May 2020. “I was at home in quarantine and wanted a creative outlet. Tiktok felt like a safe space and I just let loose,” she told UNation in April 2021.

Besides that, she has also hosted HGTV’s podcast HGTV Obsessed and promotes various brands on social media.

All those involvements, or say her job, have helped her to manage a luxurious lifestyle and earn a decent net worth. And although she has not disclosed her net worth so far, many internet outlets have reported her net worth to be somewhere between $100 thousand and $1 million.

Unknown fact: At one point in her life, before she became a mother, Kat was studying to be a lawyer.

Her Body Measurements: Height and Weight

A quick scroll through Kat’s Instagram, and you’ll see her jumping around, showing off her slim body, and keeping herself fit.

But while it is known that she is a healthy and tall woman, her exact height and weight details are unknown.

Different sites have claimed different measurements – News Unzip reports that she approximately stands at the height of 5 feet 3 inches (1.6 meters), whereas Dot Local states her height to be 5 feet 8 inches with her body weighing 58 kg.

Kat and Her Husband Mike Stickler Got Divorced

Kat and her ex-husband Mike, who announced their wedding on May 3, 2019, had started their relationship just three months before the announcement.

And in three months, they began dating, got married, and Kat got pregnant with Mike’s daughter MK, full name Mary-Katherine. On November 15, 2019, the duo welcomed their daughter.

“We got married and are having a baby!!! Both of these life changes happening in the same year wasn’t part of our plan,” Kat wrote on Instagram. “The first day I met Michael I knew I wanted to spend the rest of my life with him.”

But even before their marriage turned 2 years, they announced their divorce in March 2021. They shared a video on TikTok, where they confirmed the separation and asked fans to respect their privacy.

“Unfortunately, they are true. We are separating. We just wanted to be transparent with you guys, because you guys have been with us from the beginning of this whole journey,” Kat said in the video.

Mike later clarified that Kat was not at fault for the separation, as he was the one who wanted to work on his life and took the decision to separate.

The separated pair also stated that they would be co-parenting their daughter.

Presently, Kat relishes her single motherhood life with her daughter. She regularly posts pictures and videos featuring MK on social media, which receives immense love from her followers.

Posted on November 11, 2021November 11, 2021
Landon Barker is a renowned reality star and social media personality who initially came into the spotlight as the eldest son of the musician...
Read More