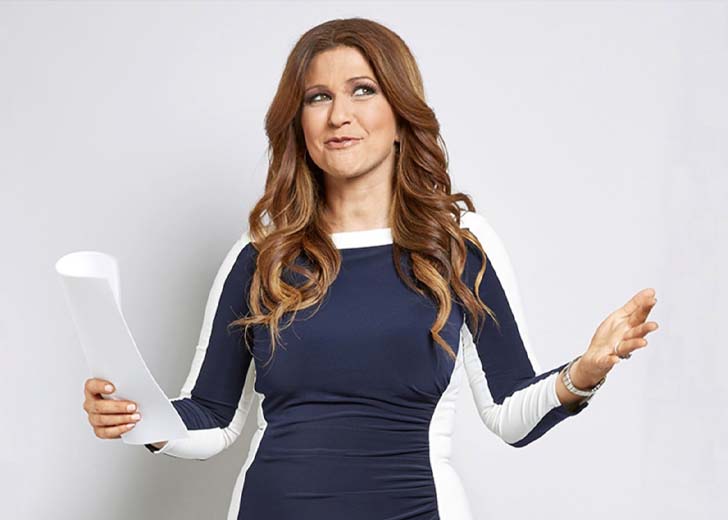 Rachel Michele Nichols, popularly known as Rachel Nichols, is an American sports broadcaster and, more importantly, one of the most experienced and respected ESPN broadcasters.

A Look at Rachel Nichols’ Career

Nichols started her career as a sports journalist by writing for the Fort Lauderdale Sun-Sentinel sports page from 1995 to 1996.

The Winston Churchill High School alum continued her stint in the sports arena as she moved to cover the NHL’s Washington Capitals for the Washington Post, where she worked between 1996 and 2004.

She first joined ESPN in 2004 and quickly became a regular part of the network’s shows such as SportsCenter, Monday Night Countdown, and Sunday NFL Countdown.

But she ESPN for CNN after 9 years. At CNN, she hosted the show Unguarded with Rachel Nichols.

She also made headlines for her tough questioning of NFL Commissioner Roger Goodell following the Ray Rice scandal and confronting boxer Floyd Mayweather on his history of domestic violence.

In 2016, she returned to ESPN and started co-hosting a daily discussion show, The Jump. In addition, she is a recurring guest-host on the podcast Pardon My Take and TV show Pardon the Interruption.

Over the years, Nichols has also bagged various prestigious honors for her contributions in journalism, including being named one of Esquire’s Women We Love in 2005, and one of the Hollywood Reporter’s 10 Most Powerful Voices in Sports Media in 2015.

She Has a Huge Net Worth with Impressive Salary

Nichols, who is married to film and music video director Max Nichols and has twin daughters, earns an impressive salary of $1.5 million annually from ESPN alone.

Because of that, she reportedly has a huge net worth of $10 million. With such a substantial amount of wealth, she enjoys a luxurious lifestyle and provides comfort to her family.

Nichols Recently Got Into Controversy

In her statement, she stated that fellow reporter Maria Taylor, who is Black, was preferred over her to cover the NBA Finals due to ESPN’s long and terrible record on diversity.

“I wish Maria Taylor all the success in the world — she covers football, she covers basketball,” Nichols reportedly said.

“If you need to give her more things to do because you are feeling pressure about your crappy longtime record on diversity — which, by the way, I know personally from the female side of it — like, go for it. Just find it somewhere else. You are not going to find it from me or taking my thing away.”

Now, after her debatable comments came out, Nichols immediately issued an apology through her popular NBA show, The Jump, on July 5, 2021.

“The first thing they teach you in journalism school is don’t be the story, and I don’t plan to break that rule today or distract from a fantastic Finals,” she stated.

“But I also don’t want to let this moment pass without saying how much I respect, how much I value our colleagues here at ESPN, how deeply, deeply sorry I am for disappointing those I hurt, particularly Maria Taylor, and how grateful I am to be part of this outstanding team.”