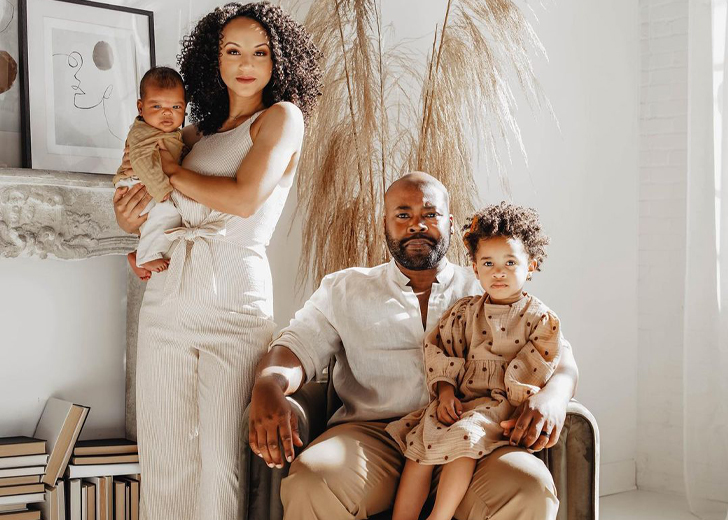 Erika Coleman is an American actress renowned for her appearances in movies and TV shows such as Big Stone Gap (2014), Twisted Mines (2015-17), and Stranger Things (2019).

She recently came into the spotlight for her role of Florence Schaffner / Flight Attendant in the first episode of the new Marvel/Disney+ show, Loki (2021).

However, it isn’t the only thing in her life that is successful. Erika relishes a blissful marital life with her long-time boyfriend turned husband, Mike Whaley.

Erika and Mike Have Been Married since 2018

The Loki actress and her husband have been on a marital bond since 2018. However, their togetherness goes way back to the mid-2010s.

Coleman and Whaley first met each other in 2014. Soon, they became good friends and their friendship turned into a romantic relationship. As time flew by, their bond continued to grow stronger and stronger.

On August 23, 2017, the actress took to her Instagram handle to share the news about her pregnancy. On November 26, the duo welcomed an adorable daughter named August Levy.

Next year on February 7, she posted some lovely snaps to reveal that she and Mike got engaged and their wedding will be in the next 5 days. On February 12, the couple shared the wedding vows in a private ceremony.

Since then, the married couple has been relishing every bit of time they spend alongside each other. Over two years after their wedding, on September 17, 2020, Coleman announced that she is 5 months pregnant with her second baby, and the due date was January 29, 2021.

Following that day, she began flaunting pictures of her baby bump while being accompanied by her partner and their daughter. On the night of January 29, 2021, she gave birth to a baby boy named Hendrix Alexzander Whaley.

Everything has been amazing since then for Erika and her husband Mike. The parents of two have been constantly sharing pictures alongside their off-springs through their Instagram handles.

Going by that, it surely seems that the married couple is living the best days of their life, holding each other’s hands and supporting each other in every step of life.

Who Is Erika’s Husband, Mike Whaley?

A native of Charleston, South Carolina, Coleman’s husband, Mike Whaley was born on September 18, 1982. He is an American actor who earned the limelight through his commercial acting.

He has done more than 300 commercials with over 40 brands. He even won an Effie Award for his performance in a Walmart commercial.

As of this writing, he has a total of 62 acting credits to his name.

The 29-year-old California native began her acting career in 2005 when she portrayed the role of Young Lucy in the movie titled Constellation. After her big-screen debut, she took a long break.

During that break, she focused on different things, that included becoming a Certified Phlebotomist in 2010. She returned to the entertainment industry in 2012 through the short movie, For Better, For Worse.

Following that, she has made her appearance in a number of movies and TV shows, including Twisted Mines (2015-17) and Devious Maids (2016). Her portrayal of Anna Jacobi / Cute Girl in the hit Netflix show Stranger Things provided her with more popularity.

Afterward, she appeared in two television acting gigs, Amazing Stories and Heart of Life, before making her appearance as Florence Schaffner / Flight Attendant in the Marvel/Disney+ show, Loki. Although her role was short, she was able to impress many through her performance.

Coleman is currently working on her upcoming project titled The Time Capsule. In the movie, she will portray the role of Ellen. The project is currently in the post-production phase.

With such a flourishing career, she must have accumulated healthy net worth. Well, reports suggest that Erika Coleman has a net worth of around $1 million – $2 million.