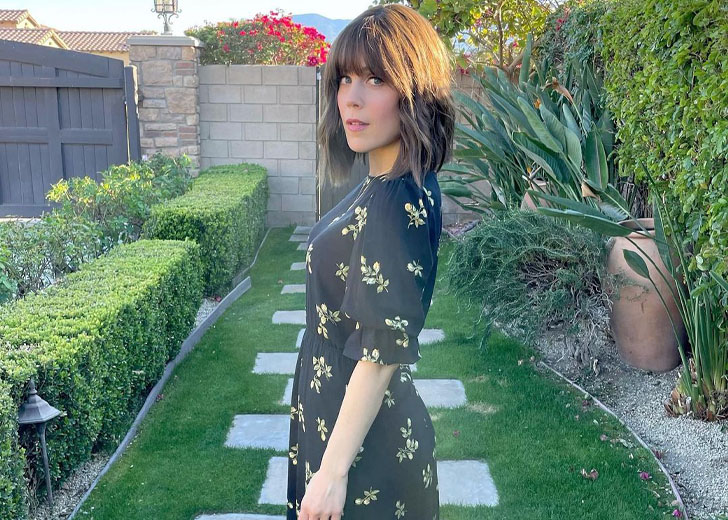 Erin Krakow is an American actress who came into the limelight after portraying the role of Elizabeth ‘Thatcher’ Thornton in the Hallmark Channel TV series When Calls the Heart. She has been associated with the show since 2014 and has made over 80 appearances.

She is also known among her fans for appearing as Specialist Tanya Gabriel in the Lifetime TV series Army Wives (2010-2012).

As her popularity rose, people has got curious to learn more about the actress, mainly her romantic life.

Krakow is very private when it comes to her personal life and has kept those details behind the curtains.

There also are no records of the actress dating someone in the past. Even if she was dating, then she has managed to keep it private.

Going by those details, Krakow is allegedly single at present.

Rumors about Her Dating Life

While Krakow allegedly remains single now, there were quite the talks about the actress’s dating life.

Initially, she was romantically linked with her co-star, Daniel Lissing, who played the role of Jack Thornton in When Calls the Heart. The speculations of the two dating each other started after they were cast as on-screen husband and wife on the Hallmark series.

However, all of that rumors never got any further as Lissing was dating his now-wife girl named Nadia. The couple got engaged in 2019 and tied the knots in 2020. Besides, Krakow was even invited to Lissing and Nadia’s wedding.

But, Lissing wasn’t the only co-star with whom Krakow was speculated to be dating. There were gossips that the Philadelphia native was in a relationship with Ben Rosenbaum, who played the role of Michael Hickamon in When Calls the Heart.

Not only Krakow and Rosenbaum were rumored to be dating, but many fans even assumed that they were engaged and married. However, much like last time, these speculations, too, turned out to be nothing more than baseless gossips.

Although they are not dating, Rosenbaum was hopeful to find someone to share some lovely moments during an interview with Crooked Llama.

“I’ve seen a lot of calls for Hickam to have a romance, and I have to admit I see a lot of potential in that for a sweet and funny courtship, that could be a lot of fun,” he stated.

Hailing from the suburbs of Philadelphia, Pennsylvania, Krakow was born in 1984. She celebrates her birthday on the 5th of September every year. Her zodiac sign is Virgo.

She goes by the birth name of Erin Alisa Krakow. Even though she was born in Philadelphia, she spent most of her childhood and teenage days in Wellington, Florida.

She is the firstborn of her parents, M. Krakow and Dr. Elliott Krakow. Apart from her parents, she has a brother named Kyle Krakow, who is 5 years younger than her. She has a good bond with her family members.

As for her academics, the 5 feet 9 inches tall actress first went to the West Palm Beach, Florida-based Dreyfoos School of the Arts. Later on, she attended Juilliard School and graduated with a BFA degree.

Following her graduation, she began to pursue her acting dream. As of this writing, she has a total of 14 credits to her name as an actress and two credits as a producer.