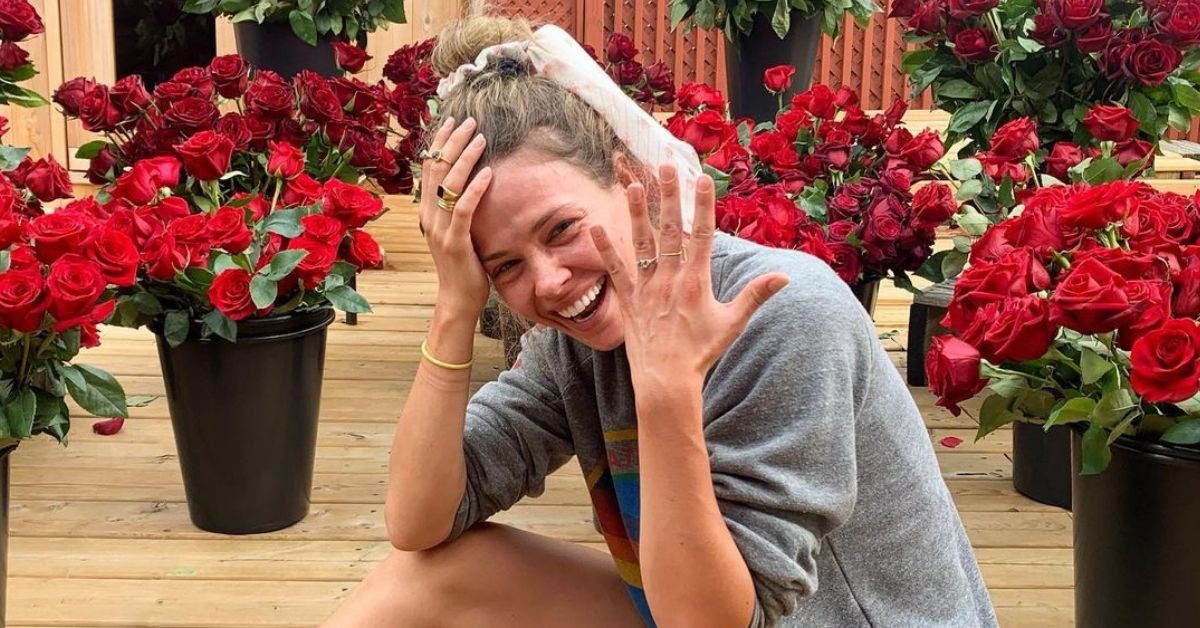 Jocelyn Hudon is an aspiring Canadian actress who portrays the lead role of Grace Bennett in the Hallmark Channel’s show When Hope Calls.

Besides, her portrayal of Jessica Parks in the 2019’s Hallmark Channel’s TV Movie, From Friend to Fiancé, was so amazing that the viewers were so much amused. Moreover, the fans even stated that she looked like Rachel Bilson, a popular American actress, in the movie.

But that’s her briefed professional career only. What about her other details? Well, keep on reading to learn about her Wikipedia, age, family and married life, and more!

Jocelyn Hudon, whose zodiac sign is Scorpio, was born in 1994. She celebrates her birthday on the 18th of November every year.

She spent most of her childhood days in Toronto, Canada, and used to sail through the Georgian Bay in her parents’ sailboat during her holidays. However, besides that, the actress has not revealed any details about her parents and if she has siblings or not.

As for her education, Hudon first attended the National Ballet School of Canada due to her interest in ballet. Later on, she enrolled at a different University and received a graduate degree in communications and a post-graduate degree in PR.

Who Is Jocelyn Hudon Married To? Her Engagement Details

The Strain actress is not married and thus doesn’t have a husband. However, it seems that the day isn’t far away as she is in a romantic relationship.

Hudon is dating a fellow Canadian actor named Jake Manley. The two are now in a relationship for over five years after started their dating life on August 25, 2015.

​Since their relationship initiated, the lovers are constantly seen flaunting pictures through their respective Instagram handles. Moreover, the couple is usually seen accompanying each other in several red carpet events, charity events, and other places.

In August 2020, the duo’s relationship took a leap as Manley proposed to Hudon—she said yes, and they got engaged. On their five years of togetherness, on August 25, 2020, both of them took to their Instagram handle to share the amazing news plus pictures of their engagement.

Since that day, the love birds’ bond has become stronger than ever, and the day doesn’t seem that far away when they share the wedding vows.

Hudon’s Path In The Entertainment Industry

Although she had a huge interest in ballet during her childhood days, Hudon eventually changed her focus towards acting. After some time of taking acting classes, she eventually stepped into the acting industry.

She made her acting and big-screen debut through the 2015’s movie entitled Pixels, where she played the role of Cyber Chick. Her role in the movie was so amazing that she instantly gained a healthy amount of limelight.

Following such a huge debut, she played in some movies and TV series that includes 2015’s TV series Single Ladies (as Melia), 2016’s movie Below Her Mouth (as Model / Nikki), and 2017’s TV movie The Christmas Cure (as Shelly).

In 2017, she garnered more fans through her portrayal of Abby in The Strain (TV Series), Becka Jolie in 21 Thunder (TV Series), and Kelsey in Christmas Wedding Planner (TV Movie).

The show, When Hope Calls revolves around two orphan siblings—Lillian Walsh, played by Morgan Kohan, and Grace Bennett, played by Jocelyn Hudo—who grow up apart but later reunite in their adulthood.

Most recently, in 2020, she played the role of Tiffany in the TV show 9-1-1 and Elizabeth Wise in Criminal Minds. As of now, she is currently working on her upcoming projects: One of a Kind Love (plays as Kyra Tally) and Safer at Home (plays as Jen).

With such a long list of movies and TV series to her name and more adding up, it is for sure that Jocelyn Hudon has made a healthy amount of net worth. However, as of now, the actress is yet to give any insights into her financial statements.

Posted on February 12, 2022February 12, 2022
Sofia Hublitz is an aspiring young actress who came into the limelight after her role as Charlotte Byrde in the Netflix series Ozark. Hublitz’s...
Read More