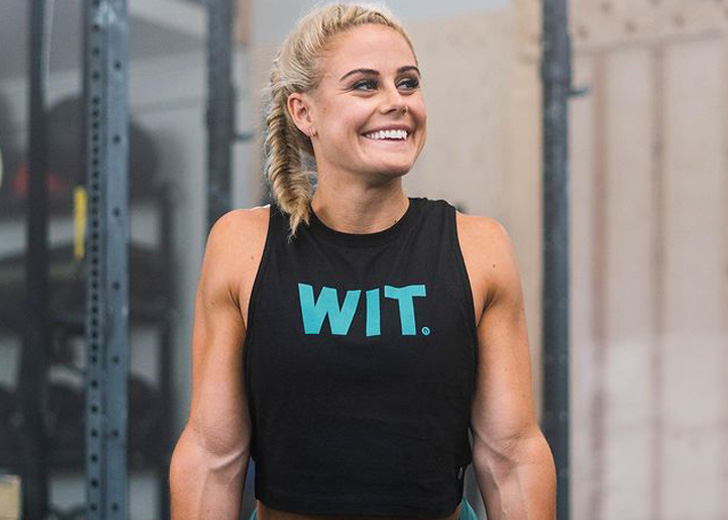 Sara Sigmundsdóttir is a well-known Icelandic weightlifter and CrossFit athlete. She tasted the limelight for the first time when she won the 2015 Meridian Regionals and came as third in the 2015 CrossFit Games.

She is currently a six-time CrossFit veteran and has already become an individual whom other people look up for motivation. The brand ambassador of Wit Fitness inspires many to train hard and be fit and healthy.

Here is everything you need to know about her, including her age, birthday, family life, social media, personal life, career, and more!

How Old Is Sara Sigmundsdóttir? Her Age, Birthday, and Zodiac Sign

Sara Sigmundsdóttir turned 28-year-old on September 12, 2020. As her birthday was just six days before the 2020 CrossFit Games, she didn’t throw a big party. Instead, she went out for a good dinner with her friends.

Two days later, on September 14, 2020, she took to her Instagram handle to share about her birthday amongst her followers and thank them for their kind birthday wishes.

Born on September 12, 1992, Sara goes by the birth name of Ragnheiður Sara Sigmundsdóttir. Likewise, she hails from the suburbs of Reykjanesbær, Iceland. Her zodiac sign is Virgo.

As Sara was born in Reykjanesbær, Iceland, and spent most of her childhood there, she holds Icelandic nationality.

On November 11, 2019, she shared some lovely pictures captured alongside her father on the occasion of Father’s Day. “Happy fathers day to the one and only King Simmi, I would not be where I am without you,” Sara captioned the pictures.

Apart from her parents, she also has other family members that consist of her sister and cousins.

Unfortunately, Sara lost her grandmother on January 15, 2019. On February 13, 2019, she and her cousins gathered and lighted candles to celebrate their late grandmother’s birthday.

The CrossFit athlete has garnered an enormous fan following across different social media platforms. She usually shares pictures from her travel & vacations, fitness clips, and more.

How Tall Is Sara Sigmundsdóttir? Her Measurements

Sara Sigmundsdóttir stands at a towering height of 5 feet 7 inches (1.71 meters) and weighs around 69 kg (151 lbs). She has maintained an athletic build body and has a body measurement of 34-25-36 inches.

The current relationship status of the Icelandic athlete is yet to be disclosed. Sara likes to keep her personal life details up to herself only. Her social media is also filled with pictures of Sara traveling and sharing her workout routine.

Likewise, there are no sources that claim that she had a boyfriend or a husband in the past. So, as a result, her actual relationship status remains behind the curtains. Or, the reason behind the quietness in Sara’s personal life might be that she is single and hasn’t found the perfect partner.

Sara Sigmundsdóttir was an athletic person ever since her childhood. She used to lift weights and make herself fit and healthy. Later, she decided to pursue weightlifting and began to take part in different competitions.

Likewise, she also began to compete in regionals tournaments. However, the biggest change of her career came when she secured the first position in the 2015 Meridian Regionals and went on to compete in CrossFit Games. In the 2015 CrossFit Games, she reached so close to victory but ended up in the third position.

The same results happened in 2016, too, as she won the Meridian Regionals and secured 3rd position in CrossFit Games. Nonetheless, she continued to compete in the CrossFit Games but wasn’t able to secure the first position.

However, she turned the tables around in the upcoming years as she was gained 1st overall rank worldwide and in Iceland in CrossFit Open. She also won the 2020 Dubai CrossFit Championship. To this date, she has seven top 5 finishes across the CrossFit Games/Regionals/Open.

As she gained success, she also began to receive sponsorship deals and became the brand ambassador of many products. Moreover, she also became a certified trainer at CrossFit Sudurnes in her hometown, Reykjanesbaer, Iceland.

After the 2020 CrossFit tournament ended, Sara was all hyped up for the 2021 CrossFit Games. She was doing everything right to make her seventh appearance. But, unfortunately, she tore a ligament (ruptured ACL) during the training process.

Due to that, she had to undergo surgery and take a rest for a while, ultimately ruling her out of the 2021 CrossFit Games. In April 2021, she went through surgery and is currently recovering and taking rest.

Disregarding some of the roadblocks, Sara has had a successful career which has helped her garner healthy sum and increase her lifestyle. So, how much is her net worth? As per idolnetworth.com, Sara Sigmundsdóttir has an estimated net worth of $3 million.