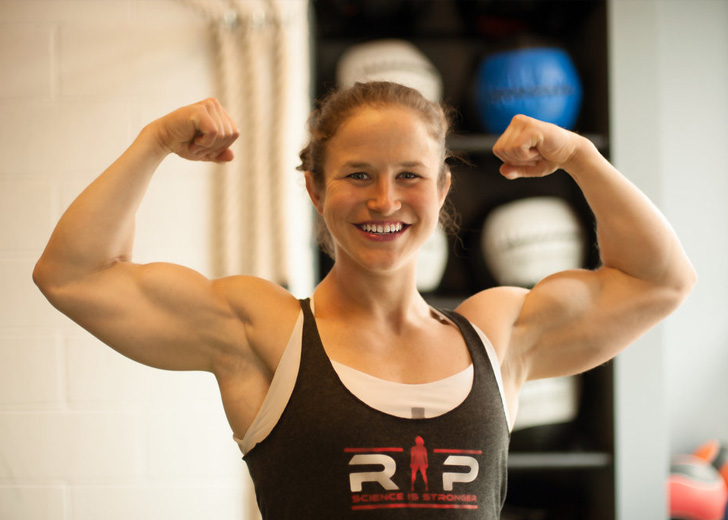 Kari Pearce is a well-known CrossFit athlete who has been recognized as the Fittest American Female four times in her life. She is a six-time CrossFit Games athlete and has traveled around the world to participate in those competitions.

However, she doesn’t keep all of her fitness secrets by herself as she also likes to teach other athletes. In addition to that, she even developed Power abs, a core program that incorporates many things that Kari has learned over the years.

In this article, get to know different things about Kari Pearce, including her age, early life, career, net worth, measurements, and personal life.

Kari Pearce turned 31 years old on July 5, 2020. On her special day, she gifted herself a brand new Mazda car. Later, she took to her Instagram handle to share the news.

“Happy birthday to me! That’s right, I bought myself a new car! I work hard and don’t treat myself often so decided it was time to do something for ME!,” Kari wrote as the caption.

On the very next day, July 6, she thanked all of the well-wishers for their kind birthday wishes.

Born on July 5, 1989, the CrossFit athlete hails from the suburbs of Ann Arbor, Michigan. Her zodiac sign is Cancer.

Kari holds a degree in Movement Science from the University of Michigan School of Kinesiology.

As Kari was born and raised in Ann Arbor, Michigan, she holds American nationality.

Going into the details of her parents, she hasn’t shared much about them. Nonetheless, it is known that she has a good bond with both of them.

On May 15, 2017, she shared a selfie captured alongside her mother and wished her on the occasion of Mother’s Day.

She kept the details of her mother up to herself only. And there is no information on her father. But, her personal website mentions that both of her parents love working out, which inspired her.

Apart from her parents, Kari has two siblings: a brother named Dillon Pearce, and a sister named Kristen Pearce.

The Ann Arbor, Michigan native athlete has managed to garner a health fan following across social media. Her Instagram username is @karipearcecrossfit and her Twitter username is @KariPearce_.

Although she is already fit and healthy, she continues working out and motivate thousands of people. She currently has a great physique and flaunts it proudly via her social media handle.

Kari Pearce is yet to find a perfect husband and settle down with him. She is also single and isn’t dating anyone as of this moment. Her social media handles are completely filled with pictures of her training, with no signs of a man.

Likewise, there is no news of the athlete being committed in a relationship in the past. And, even if she was, she has kept all of the details upto herself only. It seems like she is still expanding her career and hasn’t given much attention to her personal life.

Kari Pearce was initially a competitive gymnast. She had been practicing the sport since she was 3 years old. After following gymnastics for 18 years, she left it in order to get herself involved in something completely new and different.

So, she began powerlifting and competed in many competitions. However, her days as a powerlifter didn’t last long as she suffered injuries. Afterward, she did bodybuilding but, it didn’t satisfy her.

In 2013, she moved from her hometown and settled down in New York. Later, she took her friend’s suggestion and decided to follow CrossFit. Six months of training later, she eventually became a Regional CrossFit competitor.

After spending some more time in training, she finally competed in the 2015 CrossFit Games and reached the 21st position. Her performance gradually improved as she became 5th in 2016. However, the improvement didn’t work for long as she secured 10th position in the 2017 CrossFit Games.

Likewise, she also competed in many CrossFit Open. Her recent participation in CrossFit Open was in 2020 where she held the 6th overall position worldwide and 1st overall position in the United States. She was also named the Fittest American Woman on different occasions (2016, 2018, 2019, and 2020).

With such a flourishing career and a well-known “PowerAbs” program, it must be sure that she has accumulated a healthy net worth. As per idolnetworth.com, Kari Pearce has an estimated net worth of $2 Million.

Who Is ‘Jupiter's Legacy’ Star Ben Daniels’ Gay Partner? Inside His Personal Life