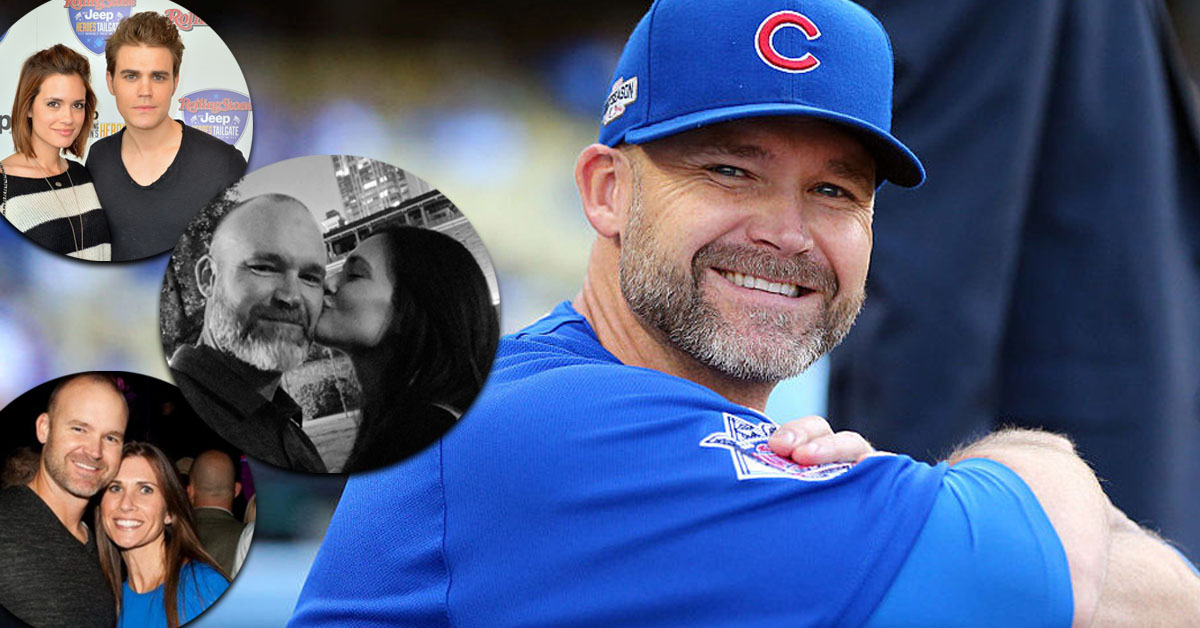 David Ross and his girlfriend Torrey Devitto confirmed their relationship in May 2021. Prior both of them were married to their respective partners.

David Ross has managed to gain a lot of success in his professional life —formerly as a baseball player and currently as manager for MLB’s Chicago Cubs. His professional success has also given him quite the fame as well as financial fortune.

However, he was so focused on his professional life that he wasn’t able to give more time to his personal life. As a result, David and his wife Hyla Ross decided to part ways ending their years-long marriage.

But, it now seems that David is prepared to give more time to his romantic life as he finds a new companion in the form of Torrey Devitto, an American actress.

That’s correct! The 44-year-old former baseball player is finally back on the dating track.

Former Baseball player and the American actress are officially a thing! On May 7, 2021, Torrey took to her Instagram account to officially confirm that she and David are dating.

The Pretty Little Liars actress posted a black and white photo on her Instagram handle – and in the picture, she kisses the former baseball player’s cheek. The lovely picture was accompanied by a heart emoji and a caption that read “Love him madly.”

The official confirmation came almost a week after Torrey teased about her possible relationship with David while she attended Chicago Cubs’ game in Cincinnati.

The actress had shared a series of pictures and the last one was of the Cubs’ manager.

The picture was clicked from behind the dugout and the actress drew a red heart around his head. Also, she used the hashtag “#SaveTheBestForLast.”

Before confirming her relationship with David, the Chicago Med actress was linked in a number of relationships. Her first known relationship was with her Killer Movie co-star Paul Wesley.

The two began dating each other in 2007. After years of dating and knowing each other, they decided to legalize their bond in a private ceremony in April 2011.

Unfortunately, their marital relationship didn’t last for a long time as they filed for divorce after two years, in July 2013.

In December 2013, their divorce was finalized. Following that, the actress dated a number of people, including Rick Glassman, Artem Chigvintsev, and Jesse Lee Soffer.

Her last relationship was with the Blue Bloods star Will Estes.

The 36-year-old American actress is not the only one who had a past relationship as her new partner, David, also falls under the list. The baseball player-turned-coach was previously in a marital relationship with Hyla Ross.

The former duo first met each other during their high school days. Following some years of friendship and dating relationship, on February 1, 2005, they shared the wedding vows.

Their marital life became complete when they welcomed children into their family. Together, David and Kyla are the parents of three kids: two daughters, Landri and Harper, and a son, Cole.

But the happiness of the Ross family didn’t last forever as the then-married couple decided to split. In early 2020, the duo got divorced.

The main reason behind their separation is said to be David’s busy schedule, and him not giving more time to his family. Despite the separation, David and Kyla have maintained a friendly relationship and are continuing to co-parent their children.

Furthermore, following his separation from Kyla, the Bainbridge, Georgia native has also been looking forward to work on his relationship with his three adorable kids. And, going through his Instagram handle, it surely seems that he has been doing that quite successfully, just like he does for Chicago Cubs.