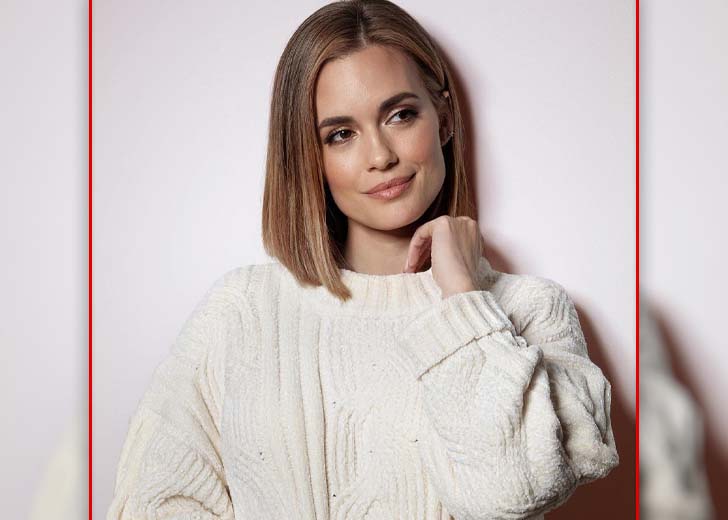 Torrey DeVitto has publicly come out with her abortion story amid a leaked draft opinion last week, which implied that the Supreme Court would vote to reverse Roe v. Wade as well as the right to abortion.

On Thursday, May 12, 2022, the Chicago Med alum spoke freely with People Magazine about what she went through when she found out that she was pregnant in 2001, at the age of 21 — she had just started acting at the time.

She mentioned that she was sitting in her bedroom with her former boyfriend at the time, and both of them were pretty dumbfounded and shocked after learning about her pregnancy. “I think the two of us just didn’t know what to do, and I remember feeling like really dizzy.”

“I was in this surreal moment, and I was like, how did this happen? What do I do?” DeVitto added. As she continued, she said that her acting career had just started, and though she was making a bit of money, not much would be left after taxes, agent fees, and manager fees.

Neither the American actress nor her ex-boyfriend was in the right place, mainly financially, where they could raise a child. “I didn’t have the funds to do this. I was living in a house in Los Angeles with three other roommates and very scared, very confused, and so I made the decision that was best for me. And he made that decision as well.”

DeVitto, who is presently dating Chicago Cubs manager David Ross, then stated that the decision to have an abortion was the healthiest and smartest choice for her and her then-boyfriend.

“I’m so grateful that I was able to make that choice about me, about my own body. I can’t imagine if the right to choose over my own body was illegal. It’s just something that’s so unfathomable.”

Additionally, the actress was lucky enough to have all the support she needed from her family. To have an abortion, she booked a flight to Michigan, where her mother was living. She had a safe abortion, recuperated for a while, and returned to Los Angeles to jump “right back into work.”

When she got back to Los Angeles, she opened up about her abortion among a few of her close friends but decided not to go public in fear of stigma, making it very hard for her to reconcile.

DeVitto told People, “I wanted to be open, but I was scared that I would be alienated or judged. I just went right back to filming and never really processed it because I think it felt so taboo. I didn’t give myself the grace or the self-love to really process it.”

However, now that it has been 15 years since she had her abortion, she has completely processed her decision not to have a baby at the time and “reclaimed” it. She said, “Now that I’m older and more aware of the world and don’t really give a s— what people think anymore….”

She continued, “…especially the opposite sex trying to control my rights, I’ve really taken ownership and feel like this is my story. And if you don’t like it, you can see yourself out the door because it just doesn’t matter to me anymore. I know in my heart of hearts I made the best decision.”

DeVitto also talked about her decision to talk about her abortion now. She told People that now was a perfect time to talk about it publicly after she heard and saw a draft opinion leaked last week, which hinted that the Supreme Court might vote to overturn Roe v. Wade and the right to abortion.

She said, “I was incensed when I saw the leak come out and I actually was really, really emotional about it. I kind of always brushed [my experience] to the back of my head, but I started reliving my story and how different my life would be now.”

“How angry and emotional I would’ve felt had I not been able to have the right to choose over my own body.” DeVitto then added that she hopes her story might “help be a part of normalizing” abortions and “normalizing doing what’s best for you.”

As DeVitto started to tear up, she told the magazine that sharing this story made her emotional because she had felt ashamed of the “stigma that people put on abortions” for a very long time.