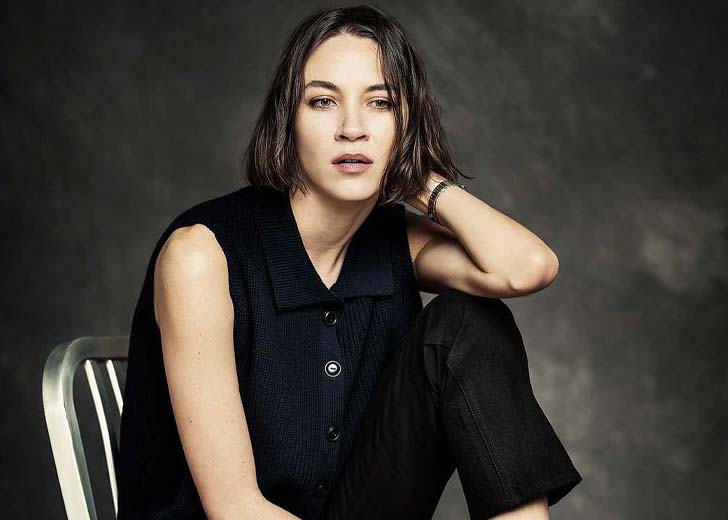 Sydney Lemmon is an uprising American actress who has gained prominence through her performances in multiple movies and TV shows such as BadPuss: A Popumentary, Plain Fiction, Succession, Helstrom, and Fear the Walking Dead.

Besides, for her performance in the post-apocalyptic horror drama television series, Fear the Walking Dead, she was even nominated for a Saturn Award for Best Guest Performance in a Television Series. In it, she played the role of Isabelle.

As of now, she is set to make her appearance in Firestarter, her second major role in a movie to date. The movie stars Zac Efron and Ryan Kiera Armstrong and will release on May 13, 2022. In the horror and Si-Fi mixed film, she will portray the role of Vicky McGee.

How old is Sydney Lemmon?

Lemmon is presently 31 years of age. She celebrates her birthday every year on August 10. As per her date of birth, her zodiac sign is Leo.

Born in 1990 in Los Angeles, California, she spent most of her childhood in Glastonbury, Connecticut. Additionally, her birth name is Sydney Noël Lemmon.

Talking about her education, Lemmon completed her Master of Fine Arts (MFA) in acting at Boston University and Yale School of Drama at Yale University (in 2017).

While at Yale, she was one of the recipients of the Julie Harris Scholarship. She had also studied at the London Academy of Dramatic Arts.

Sydney was brought up in a family where multiple family members were already involved in the entertainment industry.

She is the granddaughter of the late American actor Jack Lemmon and his first wife Cynthia Stone – also an actress. Similarly, her parents are involved in the entertainment industry as well.

Her father, Chris Lemmon, is a famed actor as well, whereas her mother, Gina Raymond, has acted in a couple of movies and TV shows.

Apart from her parents, Sydney has two younger brothers named Christopher Lemmon Jr. and Jonathan Lemmon, aka Jon Lemmon. While Christopher’s profession is unknown, Jonathan is an aspiring actor and musician.

How tall is Sydney Lemmon?

Lemmon stands quite taller than the average American woman. Her IMDb profile mentions that she stands at the height of 5 feet 10 inches or 1.78 meters. Likewise, it’s reported that she weighs around 55 kg or 121 lbs, and her body measurements are 34-26-34 inches.

Does Sydney Lemmon have a husband?

Although Lemmon was born and raised in the limelight and later made a name for herself, she has seemingly lived a low-key life and prefers not to share much among the media and public.

Due to the same reason, it’s yet to be known if she is married and has settled down with a husband. Additionally, there have been no reports of the actress dating someone and having a boyfriend or a partner.

Her Instagram handle – the only social media platform she uses – doesn’t give a clue about her personal life, as she has only shared things related to her profession and normal day-to-day life. As a result of her tight privacy, some had even wondered if she was gay.

A question on her search query read, “Is Sydney Lemmon gay?” However, the answer to that question remains undisclosed, much like other queries related to her personal life.

And it will remain unknown until something comes up or Lemmon herself decides to open up about her personal life. For now, it could only be said that Lemmon’s relationship status is single.

How much is Sydney Lemmon’s net worth?

Lemmon has been a part of the entertainment industry since she made her debut in 2014 by playing the role of a waitress in the TV movie titled Irreversible. In the same year, she got her first major role as Ro in BadPuss: A Popumentary.

In the next year, she appeared in a couple of TV series – Working on It and Roof Access – and then took a three-year break from acting. She marked her return in 2018 with a role in the movie Plain Fiction.

After that, she started being more active, landing small roles in Law & Order: Special Victims Unit, Velvet Buzzsaw, Succession, and Acting for a Cause. From 2019 to 2021, she played the guest-recurring role of Isabelle in Fear the Walking Dead.

In between that, she landed her first major role as Ana Helstrom in Hulu’s television series titled Helstrom. And now, she has three upcoming movies: Firestarter, TÁR, and The Mothership.

Considering all that, it might have already started earning a decent income. So, how much is her net worth? While there is no official disclosure of her earnings and net worth, it’s reported that she might have an estimated net worth of around $750,000.