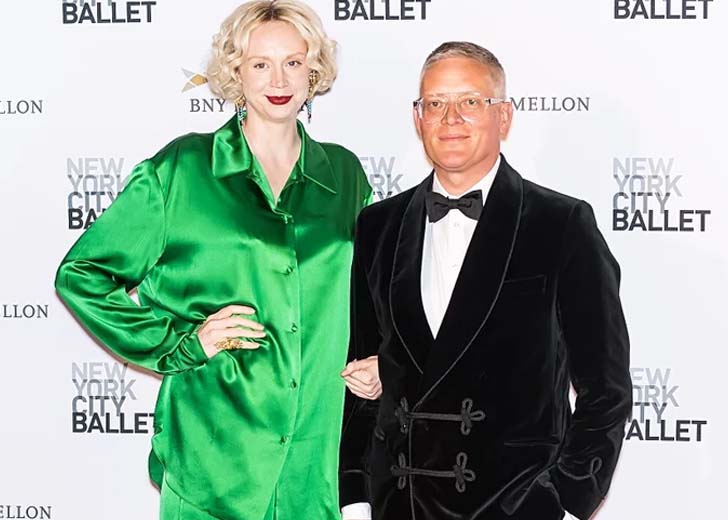 Game of Thrones has made many people famous, and Gwendoline Christie was one of the prominent parts of the fantasy drama series.

The series is one of her numerous acting credits, and her portrayal of the fascinating life of the warrior Brienne of Tarth has sparked a lot of interest in her as a person.

And ever since she rose to fame, fans have been curious to learn about her personal life — especially if she has a husband or not.

Christie isn’t married but has been dating designer Giles Deacon since 2013. She is in a stable relationship with her boyfriend.

Deacon is a high-end fashion designer from the United Kingdom. Many honors have been awarded to the outstanding designer, including British Fashion Designer of the Year in 2006.

The designer is known for making spectacular clothing for “women who want to be noticed.” He has also dressed some of the biggest names on the red carpet at Cannes, the Met Ball, and the Emmy Awards.

Christie is Deacon’s muse, and she is herself a tremendously stylish lady who consistently wears his designs to the red carpet and sits front row at most of his runway events.

During an interview with InStyle, the actress said, “I truly believe in him as an artist. He’s one of my favorite designers, and he has an exquisite artistic vision with a brilliant and highly developed discipline. That kind of artist is rare, and I think it should be celebrated.”

Furthermore, admiring and appreciating her lover’s designs, Christie told The Telegraph, “He has two of my favorite attributes in artists: wild imagination and technical rigor. His designs can be practical, otherworldly, sculptural, and mind-bending, but you always feel celebrated as a woman when you wear them… Their confidence somehow increases yours. It’s quite a power for a designer to have. His clothes have personalities.”

However, Christie isn’t the only one with complimentary remarks. Deacon feels the same way about his partner. He’s also credited her with being the inspiration for some of his creations.

He complimented the love of his life, saying, “She has her very own innate sense of self, and her knowledge of film and fashion in film wipes the floor with mine.

“It’s a pleasure to work with your partner. She’s a character herself, and her trail of various characters is brilliant,” he told The Telegraph. “She’s pretty transformative, which is always an interesting thing from a designer’s point of view.”

The two lovebirds have been chanting each other’s praises from the beginning of their relationship. The two have an incredible bond and a lot of love for one another.

On October 28, 1978, Christie was born in Worthing, West Sussex, England. She has an English nationality, and she is of English and Scottish background.

Her father worked in sales and marketing, and her mother was a housewife.  Besides, she used to participate in gymnastics but stopped due to a spinal injury.

Christie attended Henfield Primary School and later went to Warden Park Secondary School, talking about her educational background. She studied acting at the Drama Centre London and graduated in 2005.