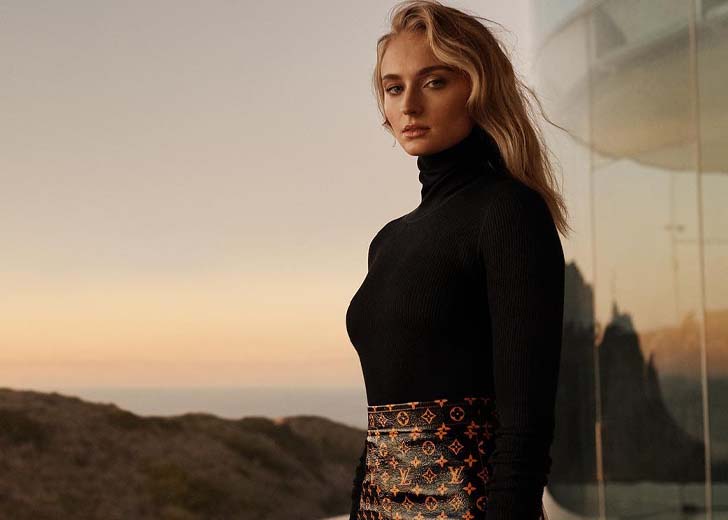 Sophie Turner is worth all the appreciation.

Sophie Turner is a British actress who made her professional acting debut in HBO’s Game of Thrones, a fantasy television series based on George R. R. Martin’s A Song of Ice and Fire series of fantasy novels.

Turner gained international fame and critical acclaim for her portrayal of Sansa Stark, a main character since the first season, as well as several accolades, including Screen Actors Guild Award nominations for Outstanding Ensemble in a Drama Series and a Young Artist Award nomination for Best Supporting Young Actress in a TV Series.

The tremendously gifted and gorgeous actress also starred in The Thirteenth Tale, a 2013 British drama television film based on Diane Setterfield’s gothic novel published in 2006.

In addition, Turner has narrated a few audiobook stories and hosted a mini-documentary series about the impact of social media on people all around the world.

Turner was born in Northampton, England, on February 21, 1996, to Sally and Andrew Turner.

Sally worked as a nursery school teacher, while Andrew worked for a pallet distribution company. Talking about her siblings, Turner has two older brothers.

Furthermore, Turner’s family moved to Chesterton, Warwickshire, when she was two years old, and she attended Warwick Prep School, an independent school, until she was eleven years old, following which she enrolled at The King’s High School for Girls, a prestigious day school for girls.

She began acting at the age of three when she joined the Playbox Theatre Company.

Moreover, Turner began acting in the Game of Thrones while still in school. She received on-set tutoring until she was sixteen years old. She received five A-grades and four B-grades in her GCSEs, including Drama.

How much is Sophie Turner’s net worth?

Undoubtedly, Turner is one of the most talented and beautiful actors around the globe.

According to Celebrity Net Worth, Turner has an estimated net worth of around $8 million as of 2022. She has made this immense amount of wealth from her acting career.

She also earns money through brand promotions and ads. In essence, Turner makes quite well working as an actress, and her net worth will surely increase over the years.

Who is the beautiful actress married to?

Turner started dating musician Joe Jonas in 2016, and the two got engaged in October 2017. Sophie legally changed her last name after the wedding, which took place in Las Vegas on May 1, 2019.

Furthermore, Turner was the inspiration for the Jonas Brothers’ song Hesitate, which features on their 2019 album Happiness Begins.

The beautiful couple has been living a very successful marriage and is wonderful parents to their daughter.

All about Joe Jonas and his net worth

Joe Jonas (born Joseph Adam Jonas) is a well-known American singer, musician, and actor who rose to prominence as a member of the pop-rock band Jonas Brothers.

He is also renowned for his roles in a few Disney Channel original movies and TV shows. In 2005, he formed the Jonas Brothers band with his brothers, Paul Kevin Jonas II and Nicholas ‘Nick’ Jerry Jonas.

After obtaining some popularity through their music, they became even more well-known thanks to appearances on the Disney Channel television network.

Talking about the singer’s net worth, he has an estimated net worth of $40 million. Thanks to his thriving career as a musician and actor, he has amassed a recommendable amount of money.