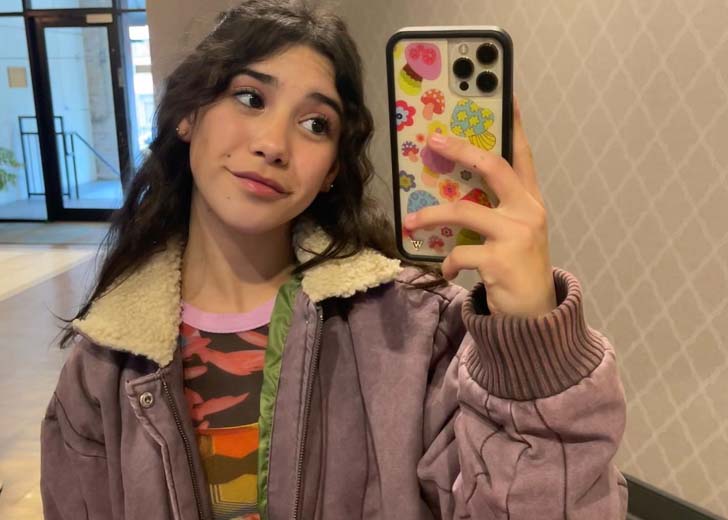 Scarlett Estevez is a young American actress from Los Angeles, California, who made her acting debut when she was three years old.

Born on December 4, 2007, Estevez is an exceptional acting talent known for her roles as Trixie Espinoza in the TV series Lucifer, and Gwen Flores in Disney’s Bunk’d.

Furthermore, she is best known for playing Megan in the 2015 and 2017 movies Daddy’s Home and its sequel, Daddy’s Home 2.

She has also appeared in several well-known films and television shows, including The Grinch and Raven’s Home. She is one of the most prominent child actors in American film and television.

As a child artist, Estevez is thriving, and she has inspired people in many ways. At the peak of her career, fans are eager to know about her parents. Therefore, this article will cover all of Scarlett’s personal details.

Estevez was born in Los Angeles, California, USA, and is 14 years old as of now.

She was born and raised in a well-established Christian family in Los Angeles, California. She is an American national who follows the Christianity religion.

Estevez is raised by her father, Anthony Estevez, a businessman and real estate salesman, and her mother, with her two siblings, Ben and Eloise.

Furthermore, talking about her education, she is continuing her schooling online through an online class intended exclusively for child actors.

She is currently homeschooled to balance her professional work and her further education.

Moreover, she has aspired to be an actress and model like her aunt Liza Rebecca Weil since she was a child. She began her professional career in the industry when she was just three years old.

Who are Scarlett Estevez’s parents?

Talking about her siblings, she has an older sister named Eloise Estevez and a younger brother named Ben Estevez.

Furthermore, Liza Weil is her aunt, a professional actress. Estevez’s acting talent may have come from her aunt, Weil, who played Bonnie Winterbottom in the popular television series How To Get Away With Murder.

All about Scarlett Estevez’s professional career

At the age of three, the actress began appearing in television commercials. She’s appeared in over 25 advertisements, including ones for Home Depot, Ross, and Toyota.

Her debut role was in The Magic Bracelet, a short feature film made by the Make-A-Film Foundation in 2013. She co-starred with Hailee Steinfeld and Academy Award winner J.K Simmons in the short film.

In 2013, she also appeared in the films, And Then There Were You and Redeeming Dave.

Furthermore, Estevez featured alongside Mark Whalberg and Will Farrell in the 2015 movie Daddy’s Home. She returned to the role of Megan in Daddy’s Home 2 in 2017.

In 2016, she starred as Trixie Espinoza in the television series Lucifer. The sixth and final season of the show was just renewed.

Where is Scarlett currently engaged in?

Furthermore, she is actively working now and is also seen posting actively on her social media accounts.

Advertisement
Related Topics:LuciferScarlett Estevez
Up Next