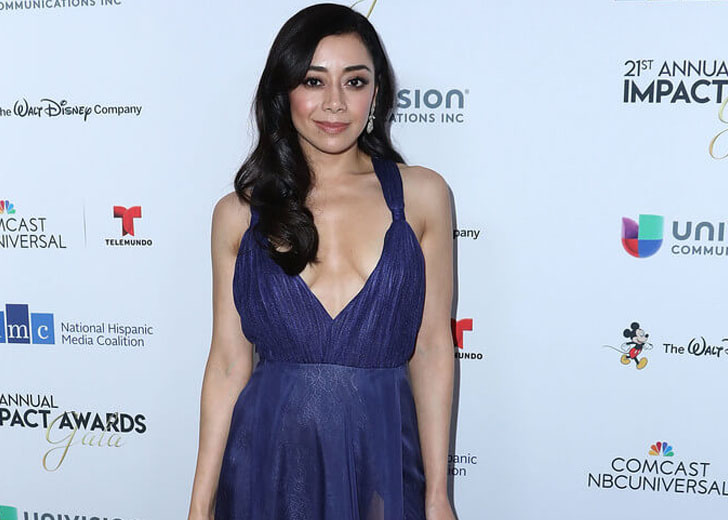 “I am currently more focused on my profession,” says actress Aimee Garcia.

Aimee Garcia is an American actress who portrays Ella Lopez in the Netflix show Lucifer.

Garcia moved to Los Angeles in 2002 to chase a career as an actress, and in 2006, she earned the role of Lopez’s niece in the George Lopez television series.

From 2011 until 2013, she co-starred in Showtime’s Dexter, starring Michael C. Hall. Garcia joined the cast of Lucifer in season 2 and instantly became a fan favorite. Garcia has had a lot of success as an actress, and she is hoping to do the same in the comic world.

In 2019, she co-wrote the comic book series Glow vs. The Babyface with AJ Mendez, a former professional wrestler. The duo recently formed a production company known as Scrappy Heart Productions.

This piece will look at Garcia’s love life and career.

Is Aimee Garcia dating someone?

Since becoming a Hollywood star, Garcia has kept her dating life a secret. The only rumor regarding her dating life revolves around her relationship with Anthony Cook, a former professional football player.

According to reports, Cook and Garcia were spotted shopping at a jewelry store. Neither Anthony nor Garcia appear to be bothered about the rumor.

Maybe Garcia isn’t being secretive about her dating life; she just hasn’t started dating yet. In a 2011 interview with Latina Magazine [via Hollywood Mask], she stated that she was too busy to be in a relationship.

Furthermore, when asked about her dating history, Garcia told the magazine that her profession does not always allow her to date, but she laughed that she’d make an exception for Ryan Gosling.

She said, “I’m dating a very high-maintenance career. It takes up all my time – but if you run into Ryan Gosling, tell him to give me a call!”

All about Aimee Garcia’s Professional career and personal life

Garcia is a Puerto Rican and Mexican actress born and raised in Chicago, Illinois. She began her career as a professional dancer in Paul Mejia’s Cinderella at the Auditorium Theater when she was seven years old.

She was dancing for 20 shows a month as “Clara” in The Nutcracker at 12. Throughout her childhood, Garcia was a working actor, but she took a break to attend Northwestern University.

Furthermore, she earned her bachelor’s degree with a triple major in Economics, Journalism, and French. After Northwestern, Garcia moved to Los Angeles and landed her first significant Hollywood role as a series regular on the WB’s Greetings From Tucson. She became a TV regular after the short-lived series.

Most importantly, Garcia was nominated for the 2007 Alma and Imagen Awards for Best Supporting Actress in a Television Series for her role as Andy Garcia’s daughter and George Lopez’s niece Veronica Palmero on the George Lopez show.

She stars as Alma on ABC’s Off The Map. Aimee starred alongside Adam Sandler in James L. Brooks’ Spanglish, Jennifer Aniston in The Good Girl, and Cuba Gooding Jr. in Dirty. She also starred in the film Go For It!, which was released in theaters in May 2011.

On her days off, when she isn’t traveling, she volunteers for various humanitarian and charitable organizations, including The Lopez Foundation, Moste (a non-profit organization that helps impoverished girls achieve their ambition of attending college), and Youth Mentoring Connection.

Recently, Garcia has been focused on her upcoming American western film Murder and is involved in Marvel’s M.O.D.O.K.