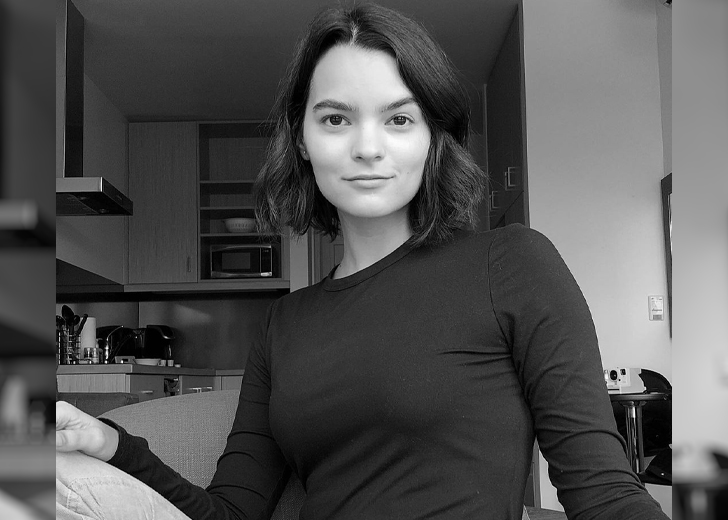 Brianna Hildebrand is a 25-year-old American actress who has already made a pretty big impression in the entertainment industry. Born on August 14, 1996, in College Station, Texas, she was initially interested in playing guitar.

But, she eventually realized her interest lies elsewhere and began her journey in the acting sector. Her debut came in 2014 when she portrayed the role of Jen in the TV series Annie Undocumented.

Since then, she has been rising up only. Currently, she has 14 acting credits to her IMDb profile with 3 more gigs lined up that will be added to that list soon enough. Here is a look at Brianna Hildebrand’s Top 5 movies and TV shows, as per IMDb rankings.

Starting from the ascending order, the first on the list is the 2019-20’s TV show titled Trinkets that has an IMDb rating of 7.1 out of 10.

The first season of the American teen drama series was released on Netflix on June 14, 2019, and its second season was released on August 25, 2020. It was based on the 2013 novel of the same name by Kirsten Smith.

The official synopsis of the show says, “An unexpected friendship forms when three teenage girls meet in Shoplifters Anonymous.”

In the coming of age show, Hildebrand portrays the role of a socially awkward teenage girl named Elodie Davis who had recently moved to Portland, Oregon from Albuquerque, New Mexico to reside with her father and his new wife and stepbrother following the death of her biological mother.

The Exorcist is an American horror-mystery television show that aired on Fox. It has an IMDb rating of 8.0 out of 10.

The show is a part of The Exorcist franchise and is a direct sequel to the original 1973 film that ignores all of its previous sequels. The official synopsis of the show says that it “follows three priests dealing with cases of a demonic presence targeting a family and a foster home.”

Hildebrand joined the cast of the show in its second and final season and served as one of the recurring characters, appearing in all 10 episodes of the second season. She played the role of Verity.

In the American superhero movie, Hildebrand played the role of Negasonic Teenage Warhead who has the “mutant power to detonate atomic bursts from her body.” In the movie series, she is accompanied by Ryan Reynolds, Morena Baccarin, Josh Brolin, and others.

For her portrayal in the first part of the movie series, she was nominated for a Teen Choice Award in 2016.

Runt is an American drama-thriller movie that has an IMDb rating of 8.1 out of 10. It was released in the United States on October 1, 2020, following a release at the Mammoth Film Festival on February 1, 2020.

The film was directed by William Coakley. In it, Hildebrand plays one of the lead roles of Gabriella and is accompanied by actors like Cameron Boyce as Cal, Jason Patric as Coach Wilkes, Charlie Gillespie as D-Rat Ronnie, Aramis Knight as Vic, and others.

The official synopsis of the movie from IMDb says, “Neglected and unsupervised, a group of high school seniors are pulled into a downward cycle of violence.”

Lucifer is an American crime-drama-fantasy television show that initially aired on Fox and was later picked up by Netflix after Fox canceled it. The six-season show has an IMDb rating of 8.1 out of 10.

Hildebrand joined the cast of the Netflix hit show as one of the lead characters in the sixth and final season, which recently premiered on September 10, 2021.

[Spoiler alert] In this show, Hildebrand played the role of Aurora aka Rory, the daughter of Lucifer Morningstar, played by actor Tom Ellis and Chloe Decker played by actress Lauren German. Her character comes from the future in order to kill her father, Lucifer, as she believes that he abandoned her even before her birth.

As the story turns out, it is shown that Lucifer does leaves Chloe, the love of his life, but he has a very valid reason. Rory also learns why her father left her and her mother, due to which she no longer has the anger to kill her father.

Alongside her, Ellis, and German, some other cast members of the show are Kevin Alejandro, D.B. Woodside, Lesley-Ann Brandt, Rachael Harris, Aimee Garcia, and many more.