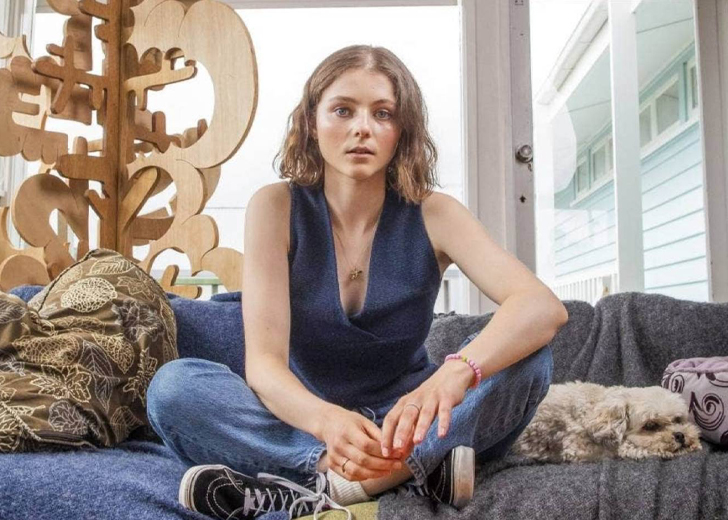 Thomasin McKenzie is a New Zealand actress who has earned name and fame thanks to her amazing performances in movies and TV shows. Born on July 26, 2000, in Wellington, New Zealand, she was raised in a family with a history in the entertainment industry.

Her grandmother, Kate Harcourt is an actress who still acts in movies and TV shows. Her father, Stuart McKenzie, is a director and her mother, Miranda Harcourt, is an actress. Additionally, she is the niece of Gordon Harcourt, a presenter.

Like most of her family members, she also decided to build a career in the acting biz. In 2012, she finally made her acting debut when she played the role of Scraps in the movie, Existence.

Starting from the ascending order, the first on the list is the 2018 American adventure-drama film Leave No Trace with an IMDb rating of 7.2 out of 10. The movie was directed by Debra Granik and is based on the 2009 novel named My Abandonment by Peter Rock.

It was released on June 29, 2018, in the United States and was very much appraised by the critics as well as the audience. Also, it holds a great rating on Rotten Tomatoes. The performance by the stars was also very good.

In this movie, McKenzie plays the role of Tom, the daughter of Will, a military veteran suffering from PTSD, played by actor Ben Foster. Alongside her and Foster, other cast members are Jeff Kober, Dale Dickey, Dana Millican, and others.

For her portrayal in the movie, McKenzie received many awards as well as nominations.

The official synopsis of the movie is “An aspiring fashion designer is mysteriously able to enter the 1960s where she encounters a dazzling wannabe singer. But the glamour is not all it appears to be and the dreams of the past start to crack and splinter into something darker.”

The film was directed by Robert Sarkies and written by Fiona Samuel, Robert Sarkies, and Graeme Tetley. In this movie, McKenzie played the role of a Young Louise and was accompanied by other stars such as Michelle Blundell, Mick Rose, Des Morgan, and more.

The official synopsis of the movie is, “As a 13-year-old schoolgirl and again in her late teens, Louise Nicholas was allegedly raped by policemen. After years of silence – haunted by fear and shame – she decided to tell her story.”

Jojo Rabbit is a 2019 comedy-drama-war movie that went on to win 48 awards including one Academy Award and got a total of 192 nominations at several award shows. It has an IMDb rating of 7.9 out of 10.

In this movie, McKenzie portrayed one of the lead characters of Elsa, a Jewish girl whom Rosie (Johansson’s character) hides in her home to save her from the Nazis.

For her performance in the movie, the New Zealand actress won several awards, including one CinEuphoria Award, one PCC Award, one SDFCS Award, one Young Artist Award, and one SFCS Award. She also got numerous awards nominations.

Lucy Lewis Can’t Lose is an award-winning children’s comedy web series that first aired on August 8, 2016. The second season of the show was released on September 15, 2017. The two-season show has an IMDb rating of 8.1 out of 10.

In this show, McKenzie played the main character of Lucy Lewis. Joining her on the cast list are Celia Macdonald as Ruby, Rahiri Wharerau as Dave, Jules Robertson as Lila, Allan Henry as Mr. Kinloch, and others.

The official synopsis of the show on IMDb is, “Lucy Lewis is desperate not to be voted School Representative. Things don’t quite go her way.”