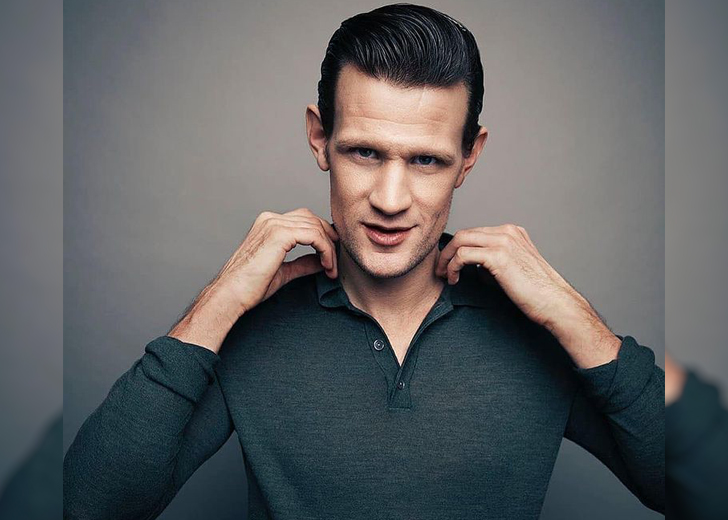 Matt Smith is a Primetime Emmy Award-nominated English actor who has been garnering the limelight for his amazing portrayal of The Doctor in the hit television series Doctor Who (2010-14).

As a well-established actor with millions of fan-following, it isn’t that odd that people want to learn more about him. And, what they are more interested in is his love life and whom he is currently dating.

Who Is Matt Smith Dating Now?

As per reports from multiple verified online outlets, the English actor is currently in a romantic relationship with Caroline Brady. Brady, 30, is vice president of Active Equity Impact Investing. She is also the sister of actress Millie Brady.

Sources told DailyMail that Smith and Brady got to know each other through their ties to the acting world. And, those meets seem to have worked out as they are going on dates.

Currently, no pictures of the duo have emerged on the internet. It looks like they might be keeping their togetherness a low profile and are trying their best to stay away from the cameras of the paparazzi.

Before her fling with Smith got out, it is reported that Brady was in a relationship with the English singer Bryan Ferry’s eldest son Tara Ferry.

Before his romance with the investment banker began, the Doctor Who star actor was involved in a couple of relationships, however, none of them turned into marriage.

Smith’s first known relationship was with the Brazilian actress and singer named Mayana Moura. They reportedly dated for around two years, from 2008 to 2010. Following his split with Moura, he began dating Daisy Lowe, a model.

Smith and Lowe began dating in 2010 and their relationship was on/off. Finally, in 2014, they decided to end things for good.

Later, in the same year, news spread that the 38 years old actor was in a romantic relationship with a fellow English actress named Lily James. Their romance was clear as they usually made public appearances.

However, their togetherness wasn’t meant to last forever as they decided to go on their separate ways in December 2019. It is believed that their hectic work schedule was the reason behind their split as they could barely see each other.

Smith and James owned a house together but they didn’t sell it as they were not around at that time. When the COVID-19 lockdown began, they reportedly isolated together in their house.

During that period, they rekindled their relationship and once again were a thing. Nonetheless, their reunion didn’t last for a long time as they eventually broke up for good.

Following their separation, James was linked to several actors, including Chris Evans and Dominic West. But, it is reported that she is currently dating a musician named Michael Shuman.