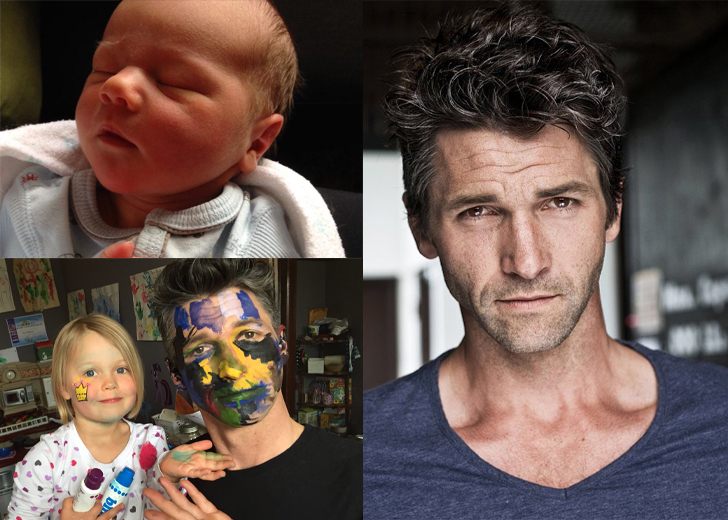 Jefferson Brown is a talented Canadian actor who has been working in the entertainment industry for over 2 decades — made his debut in 2000. In all of these years, he has managed to amaze many through his acting skills.

While the actor’s professional life details can be found easily, what his fans are more interested in is his personal life details, mainly because he rarely talks about it. Due to the secrecy, some might have even thought if he was gay.

However, that’s not correct at all as the 45 years old actor is a happily married man.

Who Is Jefferson Brown Married To?

The Canadian actor has been a married man for a long time now. But, the question still remains, who is his wife? Do we know the name of his wife?

Well, it seems that currently we do not have any picture of Brown’s wife and nor do we know her name. Brown has successfully managed to keep all the details of his partner up to himself only.

As his Instagram handle is in private mode, no details can be extracted from there too. Additionally, he rarely shares anything about his personal life in the media and public.

There have been only a few occasions that he has mentioned his marriage on social media and in exclusive interviews. One of those instances was on January 4, 2018, when a Twitter user asked him, “Are you married?  Your IMDb page doesn’t say!  Don’t get married without a prenuptial agreement!!”

While replying to that, Brown tweeted, “Hey man, she agreed to marry me, I was gonna push my luck #quitwhileyoureahead #shesthebest #ImWithHer.”

The other occasion was in September 2019, when he gave an interview with My Devotional Thoughts. During that interview, he mentioned that he hasn’t been in Los Angeles lately after being married.

“I’ve been in LA for a few months at a time–not much lately after having been married, so it’s been quite a while since I’ve been down there.”

Apart from these occasions, Brown has been very quiet on sharing the details of his love life.

Brown and His Wife Have Two Children

Not only the Snowed-Inn Christmas actor is married, but he also has two kids from his marriage with his unidentified wife.

Brown and his wife are the parents of a son named Brooks and a daughter whose name is not disclosed. While his daughter is 9 years old as of this writing, his son is around 6 years old (b. March 2015).

Much like his wife’s details, Brown has also managed to keep the details of his children up to himself only. He rarely discloses details of his kids, however, he has posted pictures/videos of them on Twitter.

On April 4, 2016, he went to Twitter to share a picture alongside his daughter. In the picture, it was seen that his daughter had painted different colors in her hand as well as on Brown’s face. He captioned the picture, “My daughter’s piece, titled “funny clown” #ProudFather.”

Additionally, on April 1, 2020, he shared a funny clip of his son making some weird noise through his mouth with the caption, “This is my son. This is his challenge. Let’s see if there are any other half-alien/half-amazing people out there. #challenge.”

Well, going through all of that, it looks like Brown has been relishing a happy marital as well as parental life, without much interference. Currently, the family of four resides in Toronto, Canada.