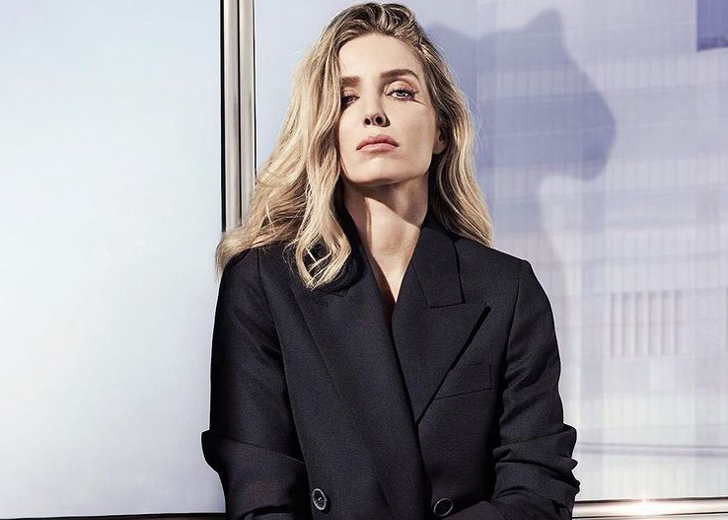 Annabelle Wallis is a well-known English actress who came into the limelight after portraying the role of Jane Seymour in The Tudors (2009-10). She also gained fame for her portrayal of Grace ‘Burgess’ Shelby in the hit BBC crime-drama series, Peaky Blinders (2013-19).

Most recently, in 2021, she was seen on-screen on two new movies; Boss Level (as Alice) and Malignant (as Madison Mitchell).

The actress has garnered fans from around the world thanks to her amazing performances in various movies and TV shows. And, her ever-growing fans have one question in common: Who is Annabelle Wallis dating now?

The Star Trek: Discovery actress is currently in a romantic relationship with the Primetime Emmy nominated American actor, Chris Pine.

The two fellow actors’ relationship began in early 2018. The talks of them being together started after they were caught at London‘s Heathrow Airport on March 29, 2018. Later, a source close to them told US Weekly, “Chris and Annabelle are dating!”

The source further added, “They kept it casual for the beginning. Chris was very attentive and wooed her to get her attention away from the other guy. Annabelle is totally Chris’ type.”

Well, it seems like Pine’s trick worked out. It was reported that they had vacationed in Hawaii, just sometime after they began dating. Not only in Hawaii, but the pair has also been going on vacations to different places and enjoying their time together.

Cheatsheet reports that Wallis and Pine were quarantining together during the COVID-19 pandemic, whilst running errands, riding bikes, and being safe. It was also reported that Pine had spent holidays with Wallis’ family, which was the first time that he spent holidays away from his family.

Despite their amazing togetherness, the couple has been keeping it low profile. Wallis has not shared any pictures alongside her boyfriend on her social media handles. As for Pine, he prefers privacy and doesn’t use any of the social media platforms.

The Mummy actress might be sharing the wedding vows soon with her boyfriend, with whom she has been for over three years.

An insider for OK! Magazine reports that Wallis, 37, and the Wonder Woman actor, 41, might be planning on tying the knots after keeping their togetherness low-key for more than three years.

“Things have gotten serious in the past few months, and a wedding is definitely on the horizon,” the insider said.

It is also reported that the boyfriend-girlfriend duo doesn’t want anything fancy and wants to keep the wedding simple and intimate with only close ones invited.

Currently, the American actor is in Belfast for around six months for the filming of his upcoming movie titled Dungeons & Dragons. Following that, it is reported that his schedule is clear and the couple might walk down the aisle during that period.

Wallis and Pine are yet to give any news on if they are engaged or not. Currently, there have been no reports of the two being engaged. However, with the news of them sharing the wedding vows and becoming a husband and wife duo, the engagement news might also arrive soon.

Before being involved in a romantic relationship with the American actor, Chris Pine, the English actress was in a relationship with another man whose name was also Chris. She was dating a fellow Englishman, Chris Martin, the lead singer and co-founder of the famous band Coldplay.

Wallis and Martin’s relationship was initiated in 2014. It is believed that their togetherness was on/off. After two years of dating, in 2016, the duo called it off for good.

Following that, there were no reports of Wallis dating anyone, until her fling with her current partner got out. When the news broke, it was said that she was seeing someone else at that time. However, the identity of the man is yet to be revealed.