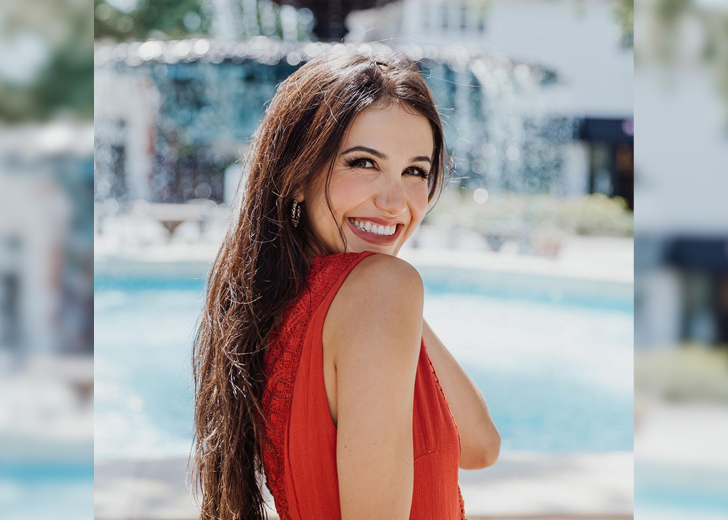 Kat Stickler is a renowned TikTok star and internet personality who rose to prominence after posting funny videos on the now-renamed ‘Mike and Kat’ TikTok handle with her ex-husband Mike Stickler.

The social media star currently boasts a huge following of almost 8 million on her renamed TikTok handle ‘Kat Stickler.’ Additionally, she has also garnered over 700 thousand followers on Instagram.

This month, Stickler has been receiving attention for her dating life, with the TikTok star throwing out hints of a possible new boyfriend following her separation with her now ex-husband, Mike, in early 2021.

The questions regarding Stickler possibly dating someone new began a couple of days ago, on September 16, 2021, when she took to her Instagram handle to share a TikTok video.

The caption of the video gave us a hint that she was wishing her alleged boyfriend on his birthday as she had written, “Happy Birthday,” without revealing any other details.

In the video, it was seen that Stickler was inside a car with one of her hands on her head and a big smile on her face. “No I don’t think you understand, I’m obsessed” a statement by Nicki Minaj was added as the background music in the video.

As the TikTok video continued on, a muscular hand appeared from the right side and tucked Stickler’s hair behind her ear. Then, she leaned in, moved the camera away, and kissed the mysterious man.

All of this gave the TikTok star’s fans the idea that she has found a new man and is moving on from her past life. Not only that, but they were also quite invested in finding who the mysterious man was.

And, it looks like they found the man in no time. One Instagram user mentioned that the man was Cam Winter, Stickler’s best friend Taylor Winter’s brother. They had commented, “I kind of think it’s her best friend Taylor’s brother! There both celebrating birthdays today.”

Previously, Stickler’s fans got the idea of her moving on when she had shared another TikTok video in which she kind of addressed her fans’ questions. The video was cryptic in which she was in a boat and about to dive into the ocean.

“When ppl ask me if I’m ready to start dating again” was added as a text overlay in the video. Later, she jumps into the ocean and the video ends then and there. Stickler’s jump into the ocean gave a hint that she was ready to dive into the dating world.

And, going by the video of her sharing a kiss and all the above-mentioned things, it looks as if she has found the man.

Cam Winter is the brother of Kat Sticker’s best friend, Taylor Winter. As per Cam’s Instagram bio, it is known that he is an engineer. The full bio reads, “Tampa, FL – Barr & Barr Pr. Engineer – Big Storm Fishing -TX-FL.”

Both Kat and Cam follow each other on Instagram. It looks like their connection with Taylor led them to know each other more and be in a romantic relationship.

Currently, no hints can be taken from Cam’s Instagram handle as he has made it private. Kat also has not shared any pictures alongside him, other than that TikTok video in which she has hidden his face.

Going by all that, it seems that they are keeping their togetherness very low-profile and it might take some time for their relationship to be announced publicly.

Stickler Shares a Daughter with Ex-Husband

Before the talks of her new romance emerged, Stickler was in a marital relationship with Michael Stickler, shortly Mike. They shared the wedding vows in May 2019 and separated almost 2 years later in March 2021.

Together, they have a daughter named Mary-Katherine Stickler who is nicknamed MK. Stickler gave birth to her daughter on November 15, 2019.

Although separated, Mike and Kat are doing their best to co-parent their daughter and raise her well.