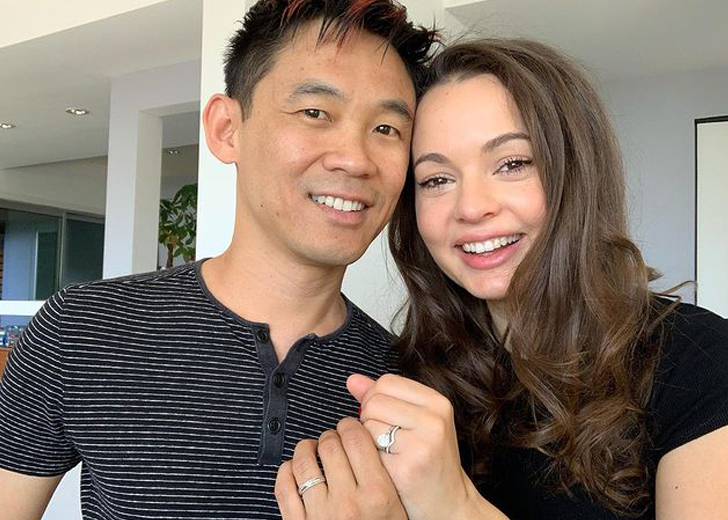 Ingrid Bisu is a Romanian-German actress and producer best known for her performance as Anca in the Academy Award-nominated movie titled Toni Erdmann (2016).

If you are wondering that Bisu and Wan’s relationship goes back to some couple of years back then you are definitely wrong. To be precise, their togetherness is traced as far as to the year 2014.

Bisu first met Wan in 2014 during his birthday party on February 26. Some days later, on March 1, she shared the first picture alongside him. Over two months later, in May 2014, the two finally went on their first date.

Since that date, everything has changed for the both of them as they have never left each other’s sight for a long period of time and have always supported each other. Their love can be easily seen through their Instagram handle, mainly Bisu’s.

For instance, on Valentine’s Day 2018, Bisu dug deep into her gallery and posted some old as well as new pictures of herself alongside her partner. The pictures dated back to their first meet, their first date, and some recent memories.

She also wrote a lovely caption where she stated that she loves and appreciates Wan very much since the first moment. In the end, she thanked him for the flowers he had sent her and wished him “Happy Valentine’s Day.”

They Secretly Tied Knots in 2019

As the actress and the director spent more and more time together, their bond began to become stronger and stronger. Both of them began to make frequent public appearances as a couple, mainly during movie premieres or red carpet events.

After being together for more than 5 years, Wan finally decided to pop the question. On June 22, 2019, he went on to his Instagram handle to announce that he got engaged with Bisu. He wrote a simple caption that read, “Engaged to this beautiful, amazing woman!”

Following a sweet and simple engagement, many thought that the couple would have some sort of big wedding plans. But, the exact opposite happened as Bisu and Wan once again chose to have a simple event for their wedding ceremony.

On November 3, 2019, the engaged couple held a small wedding ceremony in their backyard and shared the wedding vows. Around 15 people were only invited to witness the ceremony that mainly consisted of the duo’s family members only.

On that same day, Wan shared a selfie alongside his bride in which they were showing their wedding rings. “One ring (I mean two) to rule them all. No-fuss. At home with our doggies as witnesses. Yaaayyyy!!,” Wan captioned the picture.

As the years have been passing, the married duo’s relationship has further grown and became stronger. On November 3, last year, they celebrated their first wedding anniversary. But, going by their bond, it can be assured that they will be celebrating a lot of anniversaries.

Do They Have Any Children?

The 5 feet 6¼ inches tall actress has been together with the Aquaman director for a very long period. So, it is quite evident that people will wonder if they have welcomed any children into their family or not.

Well, the two are yet to welcome kids. Currently, there is no news of Bisu being pregnant and expecting a child. Both of them are quite busy in their professional life, especially Wan who has some big projects coming up.

Considering that, it seems that the couple is currently giving more focus to their professional life and are in no hurry to be a parent.