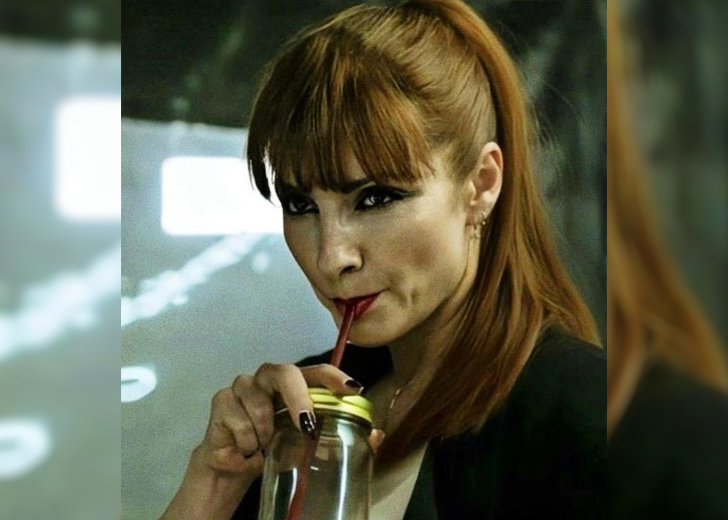 Najwa Nimri is a Spanish actress and singer most notably known for her performance as Zulema in the Spanish Netflix thriller series Vis a vis (2015-19), also known as Locked Up.

Currently, she is in the spotlight for her portrayal of Inspector Alicia Sierra in Netflix’s heist crime thriller titled La Casa de Papel (2019-21), majorly known by its English title Money Heist. On September 3, 2021, she reprised the role in the first part of the show’s fifth and final season.

Due to her amazing performance in the above-mentioned show and other acting gigs, her popularity began rising and her followers were left wondering if she has any particular love interest in real life.

Is Najwa Nimri Dating Someone?

Nimri is most probably in a romantic relationship as of this writing. She has been sharing some “love-filled” pictures alongside a man once in a while through her official Instagram handle. However, she is yet to reveal the identity of her boyfriend.

The first time she shared a picture alongside her alleged partner was on June 5, 2020. In that captionless picture, she was seen sitting beside the mysterious man while he covered his face with his hands.

On July 17, she posted a picture of the man only with a red heart emoji in the caption. Afterward, she has been occasionally sharing some snaps with her partner.

Most recently, on June 25, 2021, she shared a selfie of herself in a bed while seemingly hugging the unidentified man.

Going by those pictures, it surely seems that the two are in a romantic relationship. Despite openly sharing pictures alongside her partner, Nimri has been hesitant in revealing the identity of her lover. Only time will tell if she ever will disclose the details of her boyfriend.

Nimri Was Previously a Married Woman

Before developing a romantic relationship with her current boyfriend, the Spanish actress was in a marital relationship with Daniel Calparsoro, a Spanish writer, director, and producer. The now-separated couple shared the wedding vows in 1995.

While they were still married, they worked together on several acting gigs, including Salto al vacío (1995), Pasajes (1996), Blinded (1997), and Asfalto (2000)—Nimri worked as an actress and Calparsoro worked as a writer and director.

In 2000, the couple filed for divorce ending their 5 years long marital relationship.

Najwa Is a Mother of One Baby

The Tree of Blood actress is a proud mother of a son named Teo Nabil whom she gave birth on June 30, 2004.

Nimri has a good relationship with her son and can be seen sharing some pictures via her Instagram handle. On June 20, 2021, she shared a baby picture of her son on the occasion of his 17th birthday.

Currently, it is unknown who the father of her son is as there is no news of the Spanish actress being involved in a relationship with another man at that time. Additionally, it cannot be said that her former husband, Calparsoro, is the father of Teo as they had already parted ways.

The Pamplona, Navarra native joined the Netflix hit heist show in its third season in 2019 as she played the role of an inspector named Alicia Sierra.

As the show continued to progress, it was shown that the character of Alicia Sierra has a brutal way of getting things done and torturing criminals. Later, she joins the team of police officials after the heist team enters the Bank of Spain.

In Season 4, she gets outed by the government and has to go run. While all the tensions of the heist and other things are going on, Sierra has a problem of her own as she is pregnant with a baby.

Cut to part one of Season 5, released on September 3, 2021, she is keeping The Professor, the leader behind the heist, as her prisoner in order to hand him over to the government and clean her name.

But, she discovers that nothing will help to clean up her name and take back her position in the police force. Later, while having a conversation with The Professor, her water broke and she had to deliver the baby to an abandoned hideout, with The Professor helping her.

Najwa Nimri is set to reprise her role of Alicia Sierra on part two of season 5 which will premiere on December 3, 2021, on Netflix.

Posted on May 19, 2021May 19, 2021
Morgan Kohan is an uprising talent who is working day-night to make a name for herself in entertainment. To date, Kohan has made her...
Read More