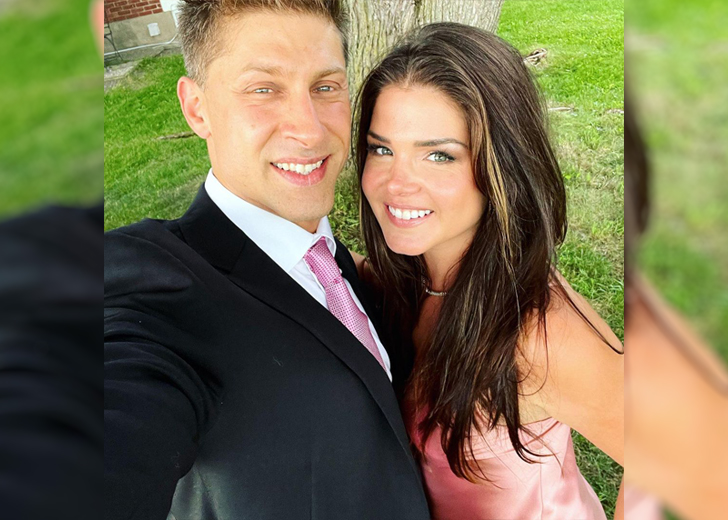 As a well-established actress with millions of fan-following on social media, it isn’t that odd that her fans want to learn more about her, including her love life and whom she is currently dating.

Avgeropoulos is currently in a blissful relationship with Alain Moussi, a Canadian actor and stunts man. They have been dating for over two years as of this writing.

It is believed that the boyfriend-girlfriend duo first met each other on the sets of the 2020 movie, Jiu Jitsu — in which Avgeropoulos played Myra and Moussi played Jake. It seems they seemingly fell in love and began dating on July 6, 2019.

Initially, they kept their togetherness a secret in front of the media and the public. However, almost a year later, they decided to spill the beans. The very first time the actress mentioned her now-partner on her social media was on January 17, 2020, when she posted a clip of him teaching her how to perform fights for the Jiu Jitsu movie.

On her 34th birthday, June 17, she formally introduced her partner to the world when she posted a picture alongside him and mentioned him in the caption by writing, “Birthday field hangouts = boyfriend shout outs @alainmoussi.”

Since then, the 5 feet 5 inches tall actress has been usually flaunting pictures alongside her boyfriend. Much like Avgeropoulos, Moussi has also been sharing photos from their vacations on his Instagram handle.

Recently, on July 6, 2021, the couple celebrated their two years dating anniversary. On that occasion, Moussi took to his Instagram handle to share a picture and captioned it with some nice words.

Going by that, it looks as if they have developed a great bond and their bond will continue to become stronger as the days pass by.

Who Is Alain Moussi?

As stated earlier, Avgeropoulos’s current boyfriend Moussi is a talented actor, stuntman, and martial artist who has made quite a name in the entertainment industry. He has been a part of some hit movies and TV shows, either as an actor or as a stuntman/ stunt coordinator.

Hailing from Libreville, Gabon, Moussi was born on March 29, 1981. As per his date of birth, his zodiac sign is Aries. He is the son of Jean Moussi (a Lebanese) and Rita Moussi (a French-Canadian).

Before he was in a romantic relationship with Avgeropoulos, he was a married man who had tied knots with Janie Des Rosiers on April 4, 2012. Even before he was married to Rosiers, on October 18, 2011, he welcomed a daughter named Annabelle.

It is unknown when and why the married couple parted ways. Despite the split, Moussi has been doing his best to co-parents his child.

Avgeropoulos Was Once Charged for Assaulting Her Ex-Boyfriend

The Thunder Bay, Ontario native was previously in a relationship before her romance with her now-boyfriend blossomed. However, the name of her former boyfriend is still unknown.

While she was in a relationship with her unidentified partner, it was reported that she was charged for assaulting her boyfriend.

As per reports from losangeles.cbslocal.com, the incident happened after midnight on August 5, 2018, when Avgeropoulos and her 41-year-old boyfriend allegedly began arguing in their car. Soon, the man called 911 which resulted in her getting arrested by Glendale police.

In the morning, the actress was released on a $50,000 bond, as per jail records. In addition, as per the District Attorney’s Office, she was accused of striking her partner multiple times in the head, neck, and arm, which resulted in minor injuries.

Over a month later, on September 17, Avgeropoulos pleaded not guilty to a domestic violence charge for allegedly assaulting her boyfriend. Later, TMZ reported that the actress’s boyfriend wants the charges dropped as she doesn’t pose any threats.