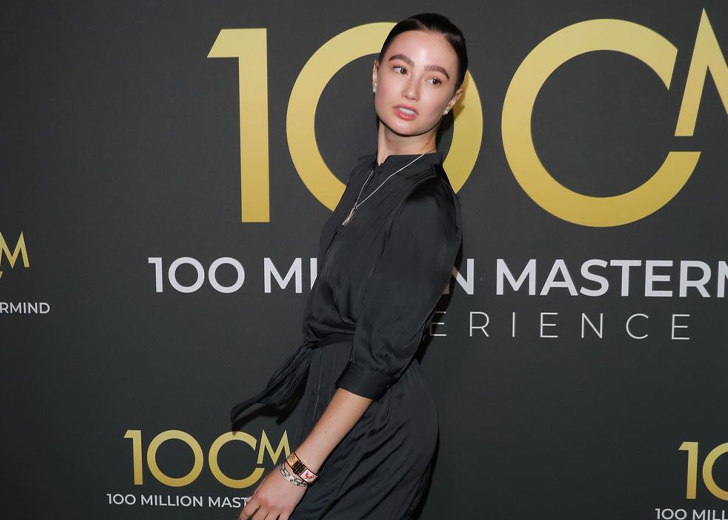 Marina Mazepa is a Ukrainian personality who came to fame through her dance performances in some well-known talent shows such as So You Think You Can Dance Ukraine, France’s Got Talent, and America’s Got Talent.

Following her meteoric rise to fame, she began doing modeling as well as acting. She made her television debut in 2020 through the TV mini-series titled Savage/Love.

Since she got the popularity, many wanted to learn more about her, mainly her personal life details as she has been teasing her boyfriend on several of her Instagram posts.

Who Is Marina Mazepa Dating?

The Ukrainian dancer is currently in a long-term relationship with her boyfriend Ted, who goes by the username of @tedskilla on Instagram.

The boyfriend-girlfriend duo first met each other around early 2018. They seemingly fell in love and began dating each other on May 15, of that same year.

However, as both of them wanted to keep their togetherness a secret for some while, none of them spilled any beans on the topic. Sometime later, Mazepa began sharing pictures alongside her partner, without revealing his identity.

Nonetheless, the process of keeping Ted’s identity also ended soon enough after Mazepa began to tag him on her Instagram. Through the pictures that she used to share alongside Ted, it was quite evident that they are in love and are enjoying every bit.

On May 15, 2021, Mazepa shared a clip via Instagram in which she had mentioned that she and Ted were celebrating their third dating anniversary that day.

Mazepa Was Born on May 7

Hailing from the suburbs of Konotop, Ukraine, Mazepa was born in 1997. She recently turned 24 years old, having celebrated her birthday on the 7th of May. As per her date of birth, her zodiac sign is Tauras.

Little to no details are known about her father. But, after some digging, it is known that her mother’s name is Alla Mazepa and that she also has a sibling, whose identity isn’t disclosed.

Coming into the details of her height and weight, she stands at a height of 5 feet 7 inches or 1.70 meters and weighs around 54 kg or 119 lbs. Additionally, her body measurements are 34-23-34 inches.

Marina’s Dancing Led Her to Acting

Mazepa was into dancing from a young age. When she was just 5 years old, she began learning folk dance as there were no dance or gymnastics classes around the place she was born in.

Her dancing talent was later discovered by her dance teacher who encouraged her to join the circus academy in Kyiv. However, as her family wanted her to become a lawyer, not a dancer, it was quite difficult to convince them.

After much learning, in 2017, she finally auditioned at So You Think You Can Dance Ukraine. In her first major competitive show, she managed to secure third place only. In the next year, she competed on France’s Got Talent and successfully entered the finals.

Sadly, her journey ended in the finals. In 2019, her journey took her to the auditions of America’s Got Talent Season 14. During the auditions, her performance was loved by all of the four judges and she was sent to the Judge Cuts.

Her talent shone in the Judge Cuts only as she was eliminated in the Quarterfinals due to fewer votes. Later, her talent landed her in the entertainment and modeling industry. She is currently signed with State Management.

As for her acting career, she has played in one TV show–Savage/Love (2020)–and two movies–The Unholy (2021) and Malignant (2021). She has two more upcoming movies lined up; Rise of the Tarragon and Resident Evil: Welcome to Raccoon City.

With a good career in dancing and a beginning of a rising career in the modeling and acting industry, she is surely going to be well-paid. But, what about her current net worth? Well, Marina Mazepa’s net worth is reported to be around $1 million – $2 million.