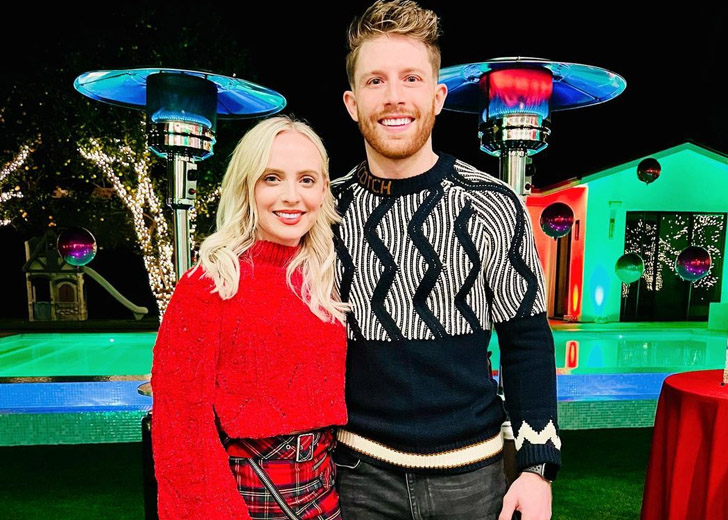 Madilyn Bailey and her husband James Benrud are heads over heels for each other!

Madilyn Bailey has been involved in the music industry since the early 2010s. However, she recently came into the limelight after taking part in America’s Got Talent (AGT).

In the past decade, Bailey has had a successful career. But her love life is no less.

She is married to her husband of eight years, James Benrud, also known as Jimbo. Bailey and her partner lead a happy married life and often share their life on social media.

Here is everything we know about their love life.

It is unknown when Bailey and Jimbo started dating. However, it is reported that the pair met each other via Bailey’s sister.

Initially, Bailey was not interested in dating Jimbo, but slowly the pair fell in love. Eventually, the couple got engaged.

The pair shared their engagement story in a vlog where Jimbo admitted that he wanted to propose to his partner for a while. However, he did not know how to do it.

He did it on Valentine’s Day of 2014 by keeping the engagement ring inside a box of chocolates. Bailey showed up at Jimbo’s apartment to go to dinner.

Bailey opened the box only to be surprised by the engagement ring and see her partner down on one knee. The singer said, “Yes,” and the rest is history.

Madilyn Bailey with her husband, James Benrud, on their wedding day. (Source: Instagram)

The pair got married on August 22, 2014, at the age of 22. After tying the knot, she announced her wedding via an Instagram post with pictures of the two smiling at the camera.

She captioned it, “Ahhhhhhhhhhhhhhh we did it 🙂 I’m officially a married woman 🙂 I love you @jimbosliceoflife :)”

The pair got married in Wisconsin, surrounded by their friends and family. Bailey uploaded a video of their nuptials on her YouTube channel, showcasing their ceremony from the beginning to the end.

She wore a white floral wedding dress with a sweetheart neckline, whereas her bridesmaids wore pink gowns. The groom donned a three-piece grey tuxedo with a white shirt.

After traditionally exchanging the vows, the pair danced till late at night with their friends and family. The couple has been enjoying their married life since then.

In 2020, the two gave an update on their relationship. They explained that the little things they do together light up their world and gushed about how much they love each other.

Even though they have been together for a long time, their love has not diminished. Jimbo explained that before the COVID-19 pandemic, the pair went out on many dates.

Because of the pandemic, they could not go out, but they made the best of it inside their house. They spend time together doing things like reading books, movie marathons, playing games, and going for walks.

Bailey explained that for a relationship to last, a couple must have their own time and time with their partners. That way, a person could have time for themselves as well as their partner.

It seems like Bailey and Jimbo speak from experience because even after being married for eight years, they are still truly madly and deeply in love.

Are Twitch’s xQc and Ex Girlfriend Adept Back Together?

Is Christian Lee Navarro Gay? Or Married? All about His Personal Life