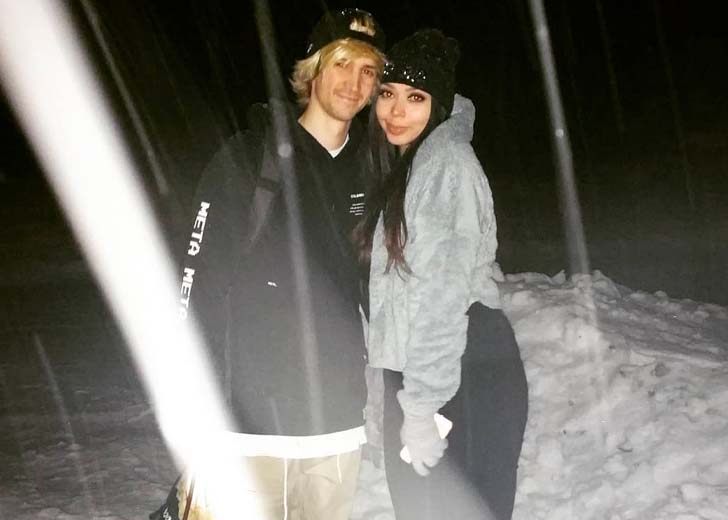 All about the drama between xQc and his former girlfriend, Adept.

There are many couples on Twitch who stream and make content together. One of the famous duos on the platform was xQc and Adept.

While the pair were adored by their fans and followers, they had a turbulent relationship —  xQc and his girlfriend went through a break up multiple times. This created a lot of drama, especially when they used to get back together.

They previously split in August 2021 but were publicly re-united by December of the same year, openly flirting with each other on Twitter and other social media platforms. While the second breakup occurred in early September 2022, the drama continued throughout the month, affecting xQc’s relationships with other streamers.

On September 15, 2022, they clashed in front of a live stream audience of approximately 125,000, arguing about their former relationship. Some viewers accused xQc of being tasteless and inciting harassment against his former girlfriend in such a public debate.

This drama made it seem like their break up was final, and the pair would not get back together. But after a month, the streamers sparked rumors of being together; many believed they were still dating.

So what is the truth? Are the couple still dating regardless of the drama? Here is everything we know about the rumors of xQc and Adept being back together.

Are xQc and Adept back together?

In October 2022, a clip of xQc while streaming went viral. The video shows Adept approaching the streamer from behind while playing Overwatch 2 and kissing him on the cheek before leaving the frame.

Fans and tens of thousands of viewers reacted immediately, and the video quickly went viral. It was widely shared on social media, prompting many to wonder if the couple was back together.

This comes after Josh, aka Yourragegaming, revealed that the two kissed during a party at the recent San Diego TwitchCon, much to xQc’s chagrin. The Canadian streaming behemoth harshly reacted to the clip where he admitted to kissing Adept.

Still, he was not impressed with Josh for disclosing the information to the public. Despite Adept appearing on his stream, the pair are not back together, according to xQc.

He made it clear that they were not back in a relationship and didn’t appreciate anyone assuming they were. He said, “You guys just put weird labels on everybody like a bunch of [expletive]. Okay?”

He clarified to his audience, who presumed he was still dating Adept, “We are not back together.” He added that a simple thing happened, which did not mean he was back with his former girlfriend.

“We haven’t been together, we are not to-together and that’s okay,” he said again to emphasize his point.

He later explained that Adept had come over with a friend because her friend needed to use the restroom. Though many fans questioned this, xQc remained adamant about not being back together with Adept.

It is unknown why the pair went through a break up in the first place. But for the time being, regardless of what is going on between them, it is clear that they are both hesitant to make anything public, preferring to eliminate speculation before it festers.