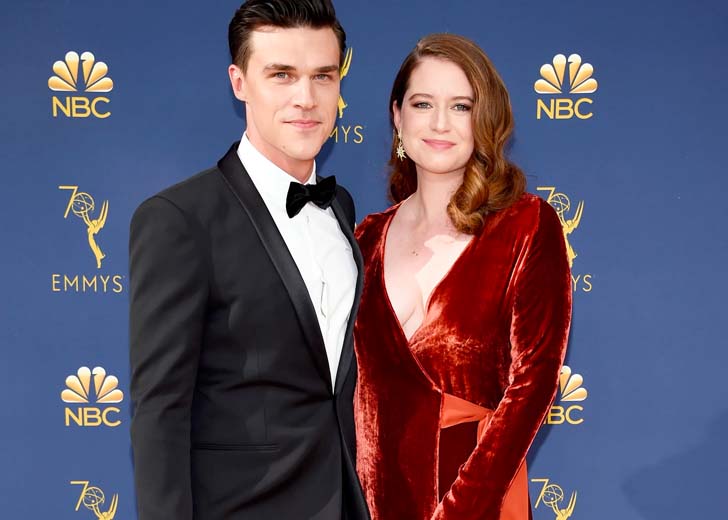 Finn Wittrock and Sarah Roberts welcomed a baby in 2019.

Peter L. Wittrock Jr., better known as Finn Wittrock, is an American actor and screenwriter who began his career with guest parts on several television programs.

He made his cinematic debut in 2004 with Halloweentown High before returning in the 2010 picture Twelve. After studying drama at The Juilliard School, he was a regular on the soap opera All My Children from 2009 to 2011 and appeared in various theatre shows.

In 2011, he appeared in Tony Kushner’s Off-Broadway play The Illusion, and in 2012, he made his Broadway debut as Happy Loman in the production of Arthur Miller’s play Death of a Salesman, directed by Mike Nichols.

Wittrock is best known for his role as Dandy Mott in the American Horror Story: Freak Show FX. He even got nominated for a primetime Emmy Award for his role.

He recently appeared in Netflix’s Luckiest Girl Alive and has risen to the limelight. Let’s have a look at his relationship, dating, and more.

According to eFocus, Sarah Roberts, 35, works as a stylist in the fashion industry. However, nothing more is known about her because she and Finn keep their personal lives private.

They did meet at Julliard in New York City, where Roberts was taking dancing classes. But she plainly chose to pursue a career in fashion rather than performing.

It was then that Wittrock chose to marry his then-girlfriend, Roberts, in 2014, just as his career was taking off.

The lovely Roberts-Wittrock pair walked down the aisle in front of their closest friends and family in an intimate wedding ceremony at Chicago’s Columbus Park Refectory on October 28, 2014.

The actor spoke CiGi TV in 2016 about how he proposed to his wife and the most excellent part about getting married. “It’s just like having a home wherever you go,” he stated of his favorite aspect of marriage.

“We were moving from LA to New York, and the house was full of boxes – all boxed up – and she came home from yoga, and I dressed up in a suit, and I put a rose on every box,” Finn remembered.

He said that he dressed and gave a romantic speech, but the rest was a blur.” Since their marriage, Roberts has been by Wittrock’s side throughout his budding acting career, and she even walked the red carpet beside her husband at the premiere of AHS Freak Show.

Finn Wittrock and Sarah Roberts welcomed their son in 2019

Wittrock’s followers were overjoyed when he announced a new position late in 2018. However, this new guy was not a crazed psychopath or any other nasty character, and the star was getting set to become a parent.

According to US Weekly, Roberts and the actor were expecting their first child about four years after marriage. The pair was photographed in Los Angeles on December 4, 2018, as the fashionista was sporting her burgeoning baby belly.

The actor ultimately jumped into parenting, relishing the experience as much as possible. In an interview, he raved about his son: “He’s actually sleeping really well. He’s sleeping, like, 11 hours a night. But you know, he goes to sleep at 6:30 or 7 p.m.”

Who Is Hilary Swank Married To? Know Her Love Life and Net Worth

Who Is Chiara Aurelia Dating? Know Her Age, Parents, Height, and More